LOS ANGELES, Nov. 18, 2021 /PRNewswire/ -- Electric Monster Media, Inc. officially announces a major round of fundraising to acquire and grow digital video channels, the acquisition of one of the most popular digital brands, React Media -- which boasts 200M monthly views across platforms -- and the appointment of an industry-leading executive team. Electric Monster, which acquired YouTube-focused media agency Little Monster, is an evolution of the former company and is spearheaded by Matt Gielen, a leading YouTube strategist with deep experience with digital entertainment channels, having been instrumental in achieving massive growth for properties such as Nickelodeon, Nick Jr. and Fandango's Movieclips. As part of its official launch, Electric Monster capitalized the company with a debt facility from Metropolitan Partners Group and equity capital from backers including Heroic Ventures (led by Michael Fertik), Creator Capital (led by former YouTube executive Benjamin Grubbs), Together Venture Partners (led by Eric Gutshall), and Vikrant Mathur & Alok Ranjan (the founders of Future Today Inc.) with additional investors that include established executives from private equity and venture capital firms. 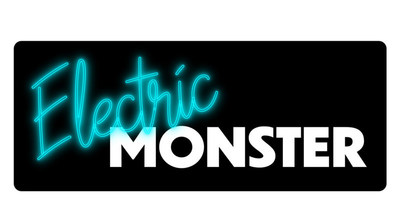 "We've been strategically working behind the scenes to develop a new data-driven path of digital video channel IP investment, acquisition and growth, and we couldn't be more thrilled to finally come out from behind the curtain and shake up the industry a bit," said Matt Gielen, CEO and co-founder of Electric Monster. "Despite being in its infancy, the digital video ecosystem and creator economy is massive; YouTube alone has over 2 billion logged in users each month and a billion hours watched every day. Electric Monster is focused on finding and investing in the channels on these platforms with significant unrealized potential, and building them into the valuable properties they are meant to be. Officially launching with one of the most well-known digital brands in the world, React Media, really sets the stage for what's to come with Electric Monster."

React Media is Electric Monster's 5th acquisition to date. As part of its acquisition of React Media, Electric Monster will take over all IPs under the React Media umbrella, including React, People vs. Food (formerly Replay), and Try Not To, which also includes the entire social footprint of these brands, including YouTube, Facebook, Snapchat, Instagram, and more. Additionally, nearly the entire React Media team will stay on to help continue to run the channels, while Electric Monster leverages its proprietary, data-driven audience growth and optimization methodologies to continue to expand the brand's reach with new and existing content.

In addition, a world-class team of major executives across the industry have been brought on as co-founders of Electric Monster, accounting for over 100+ years of combined relevant experience. In addition to Matt Gielen as CEO and co-founder, team members include:

To learn more about Electric Monster, visit the website.

Electric Monster Media, Inc. is a next generation digital media company that invests in and acquires brand-friendly digital video channels to scale and build their audiences, turning them into world-class business operations. Leveraging proprietary, data-driven growth and optimization techniques, Electric Monster strategically expands and scales its channels' reach. Led by a team of media industry veterans, Electric Monster is focused on finding up-and-coming channels with great potential and helping develop them into the valuable properties they are meant to be. For more information on Electric Monster Media Inc., please visit www.electricmonstermedia.com.