- The Mars bar will be carbon neutral in the UK and Ireland from January 1st, 2023

- Mars bar's carbon footprint is set to be slashed by over 20% by 2023 in a demonstration of concrete climate action from the confectionery giant today, to deliver a sustainable future tomorrow

SLOUGH, England, Nov. 3, 2021 /PRNewswire/ -- Mars Wrigley UK has announced that Mars bars sold in the UK and Ireland will be certified as carbon neutral by January 1st, 2023. 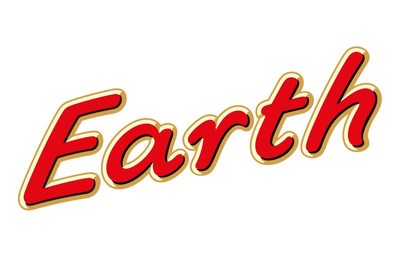 This move will make the Mars bar, which has annual sales of over 200 million bars in the UK alone, the first carbon neutral chocolate bar to appear on British and Irish shelves that is produced by a top 5 confectionery company.

Mars Wrigley is committed to doing more and aims to reduce the Mars bar carbon footprint by over 20% in the UK and Ireland by 2023.  This will be a result of the company supercharging its efforts to sustainably transform supply chain agricultural practices, including using satellite data to geomap cocoa farms and accelerated partnerships with suppliers to produce dairy more sustainably.

Mars Wrigley UK has also announced that the Mars bar will be trialed in fully recyclable paper packaging starting in 2022.

Any emissions that cannot be eliminated will be offset by high quality carbon removal credits based on climate solutions like reforestation and land restoration.

The greenhouse gas reductions and high-quality offsets used for Mars bar to go carbon neutral in 2023 are expected to be roughly equivalent to charging more than 13 billion smartphones, or the same amount of carbon sequestered by around 135,000 acres of forest in a year.

The world's largest chocolate manufacturer will work with an independent auditor to certify the Mars bar as carbon neutral and will be adhering to the PAS 2060 standard for carbon neutrality, which provides radical transparency and is widely considered to be the leading standard of carbon neutral specification.

Adam Grant, Mars Wrigley UK General Manager said:  "At Mars, we believe that actions speak louder than words and, to create a world tomorrow where our planet is healthy, we are clear that bold action must be taken today. Our pledge to deliver a certified carbon neutral Mars bar in the UK and Ireland by January 1st, 2023, supported by significant reductions in the near term, is the kind of immediate climate protection intervention needed to deliver a sustainable tomorrow."

Mars has been driving climate action for more than a decade. The Mars bar, which has been manufactured in Slough for nearly 90 years, is already produced in a factory that sources 100% renewable electricity.

Purposeful climate interventions such as these have led to Mars in the UK reducing its absolute greenhouse emissions from direct operations by 67% since 2015.

For further information on Mars, Incorporated's climate commitments and Sustainable in a Generation Plan, visit www.mars.com/sustainability-plan. 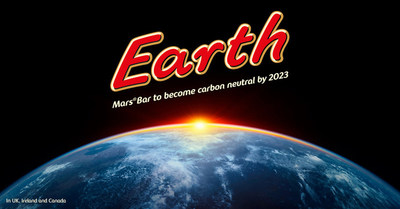