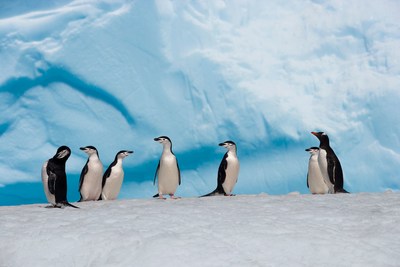 As part of the Antarctic Treaty System, CCAMLR is the governing body responsible for protecting Southern Ocean wildlife and is composed of 25 member countries and the European Union.

The proposed MPAs for East Antarctica, the Antarctic Peninsula, and the Weddell Sea would protect 3.8 million square kilometers (1,467,188 square miles) of the Southern Ocean, making a significant contribution toward the goal of safeguarding 30% of the world's oceans by 2030 while protecting critical foraging and breeding grounds of species found nowhere else on the planet. They would also help ecosystems throughout the region build resilience to a changing climate.

CCAMLR members also agreed to extend the regulation that spreads out the amount of krill that is allowed to be caught across smaller management units?reducing the impact of concentrated fishing on krill-dependent predators like penguins, seals, and whales. This is a temporary solution while CCAMLR continues to work on a new regulation that will protect against irreversible impacts on the ecosystem. These impacts are expected to increase as climate change affects the region and krill fishing expands in the Antarctic Peninsula.

"In the 10 years since the East Antarctic MPA was proposed, we've watched the impacts of climate change in real time. The evidence is mounting that resilience in the region is needed now.

"The addition of India, South Korea, Ukraine, Norway, and Uruguay as co-sponsors of the East Antarctic and Weddell Sea MPA proposals prior to this year's annual meeting was a positive sign that progress was possible. CCAMLR must act as steward of the Southern Ocean?and fulfill its commitment to establish a circumpolar network of MPAs.

"We're pleased that consensus was reached to extend a krill fishing regulation, which aims to protect krill predators from overly concentrated fishing. But we know from recent science that this measure alone isn't enough to keep the ecosystem healthy around the Antarctic Peninsula, which is warming faster than any other place on the planet. Given the warming and acidifying waters and the projected increase in fishing in coming years, we urge CCAMLR to work quickly to finalize a permanent solution that ensures enough krill is left in the ocean for animals like penguins, seals, and whales that depend on it."

The Pew Charitable Trusts is driven by the power of knowledge to solve today's most challenging problems. Learn more at pewtrusts.org.