Heist Artist Andrew Brown aka Doctor Troller, is set to stun the NFT space, as he announces plans to release The Crocs League Collection

LONDON, Oct. 22, 2021 /PRNewswire/ -- The Crocs League Collection is the latest work from the popular digital artist, Doctor Troller, as he continues in his pursuit of using his talent to promote the adoption of blockchain technology. Doctor Troller, otherwise known as the heist artist, is looking to make history with the release of the first-of-its-kind NFT collection backed by a video game, with 15000+ people already signed up across social channels to purchase the collection on October 23rd, making the launch an undeniable sell-out. 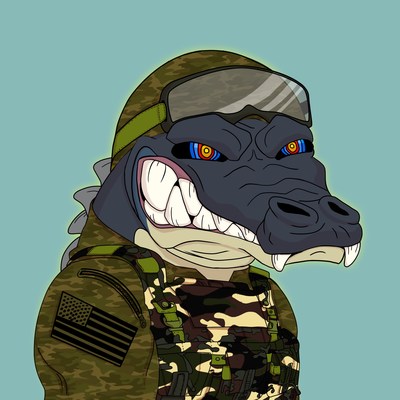 "The future of art is digital, and the lockdown has certainly sped up the transition away from physical artworks. This has been a great experience for me and should open up new opportunities for artists to be able to monetise their content outside of the traditional gallery model," said Andrew Brown.

There has been a steady increase in the demand for non-fungible tokens in recent times, as more people look to enjoy the huge potentials of the concept. Thousands of digital artists have also graced the scene in a bid to meet the diverse needs of blockchain enthusiasts worldwide. Despite the amazing figures from the industry, with some pieces selling for hundreds of millions of dollars, the gap in the market remains wide, which is where the likes of Doctor Troller seek to change this narrative. Doctor Troller has previously announced the Pre-sale release on October 23rd, 7PM UTC and aims to shock the world with his digital art.

The video game-backed NFT collection will feature 4,444 pieces, with 44 rarest crocs to be initially released to the market. Andrew Brown will be looking to continue in his tradition of wowing NFT enthusiasts, a feature that has helped him to grow to become one of the most sought-after artists in the market, with a net worth of over £200 million. Since making the headlines in April 2021 following the sale of an NFT worth £20,000 in 20 seconds after its launch, Doctor Troller has continued to turn heads in the market.

The Chelsea-based digital artist has particularly gained a lot of attention in the Nigerian and UK art scene, heavily published for his art robbery. His social media presence has also improved phenomenally in recent times, amassing close to 1 million followers on Instagram due to his NFT arty sketches.

The Cross League collection as well as other works from Doctor Troller and other talented digital artists can be bought via https://crocsleague.com which is currently open for pre-registrations until October 23rd which marks the Pre-sale day.

For more information about Doctor Troller and his works, visit https://doctortroller.com.