NEWPORT BEACH, Calif., Oct. 8, 2021 /PRNewswire/ -- One by one, WHOW Tournament Founder and loanDepot Founder and CEO Anthony Hsieh personally sent off each of the 38 participating WHOW yachts from his dock in preparation for the 2021 WHOW Tournament. And, as the tournament concluded, once again, one by one, he personally saluted each yacht and its team, this time from the water, as he charged alongside the plus-mile-long yacht formation in his boat's skiff, thanking everyone for their dedication and support. 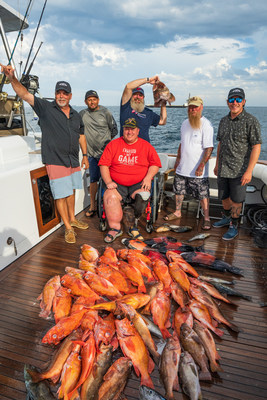 "As I see the smiles on all of our veterans' faces, I am simply overcome with emotion. What an incredible year; what an incredible event," he shared across his loudspeaker. The event's annual flyover, a fan favorite, would be delayed due to storm conditions, causing the teams to disperse, with a nearly one-third of the fleet lining up once again, this time to bring in their tournament qualifying catch to be weighed on the city of Avalon's iconic green pleasure pier.

For the next three hours, tourists, Avalon locals, and WHOW veterans and crews laughed, cheered and celebrated as 12 yachts brought forth 21 bluefin tuna from their holds?eight of which weighed more than 200 pounds?and the largest weighing in at 245 lbs. Excited onlookers shouted weight estimates as Tournament Director Rod Halperin manned the storied fish scale.

"What an event," he exclaimed. "More than two tons of fish?that's plus-4,000 lbs.?made it to the tournament qualifying weight score sheets. The teams ran hard and worked hard, and, in the end, we caught a lot of fish in this tournament. And, to get a qualifier and get to take a picture with the board and the team on this pier, well that's the holy grail."

The tournament "catch" included Calico Bass, Rockfish, Halibut, Yellowtail and Dorado, along with the star of the night?the Bluefin tuna. And, while the catches were big, the smiles from the veterans were bigger. The next evening, during the event's awards ceremony, there were whoops and cheers as the trophies were handed out, but the star of the night remained the stories and experiences the veterans had collectively shared.

As he received the first of what would turn out to be five awards at the awards ceremony, Ret. Marine Corporal Larry Draughn, a veteran who lost both legs while deployed to Afghanistan, choked up as he shared his perspective on the event, "Meeting new veteran buddies and spending time on the water has been very healing to me. This tournament enabled me to check something off my bucket list: to strap in and bring in a fish with my prosthetics. I wanted to see if it was even possible. And it was. I was able to fight a fish standing on my prosthetics and it was amazing. Thank you from the bottom of my heart."

Later, as he returned to the podium to receive the evening's highest honor, the Ron Ashimine Award for Top Angler, Larry added, "I'm happy to have new brothers and sisters in arms and a new avenue if I'm struggling, and I hope everyone else here feels the same as I do. This tournament has brought us together and enabled us to be in each other's lives and fill a void. The outdoors saves lives, the outdoors saved my life, and there are a lot of other veterans struggling and if we can all save one life, it's worth it."

The Ron Ashimine Award is especially poignant as it is named for a Vietnam veteran and close friend of tournament founder Anthony Hsieh. Together, Anthony and Ron had spent more than 800 days at sea, fishing around the world. Ron participated in the first WHOW tournament, held in 2018, but passed away in 2019.

Kaleb Weakley, three-time tournament participant and the first (2019) Ron Ashimine award winner, shared, "My first year in this tournament I had the privilege to fish with Ron (Ashimine). Ron was an inspiration, and while talking with Anthony during this year's tournament, I shared stories Ron had told me about his time in Vietnam that Anthony had never heard. Ron and I had truly connected, and for me to be moving forward and take on Ron's memory truly means the world to me. It's burned into my heart."

While the event?and the awards ceremony itself?was epic, all in attendance echoed one sentiment: this event provides a singular opportunity for veterans from across the country to form deep and genuine bonds with one another, as well as with the WHOW fleet captains and crews, creating an enduring safety net and long-term support system. Set against the calming backdrop of the Pacific Ocean, WHOW allows these veterans to forge new relationships, open up to each other and bond over similar experiences and feelings, allowing for much needed healing to occur.

Said Daniel McCarty, a retired USMC Master Sergeant, "The ocean is really where I find my sanity. That's really the only time I feel at peace, when I'm completely focused on what I'm doing and in that moment and I'm trying to get that next fish on the line. Everything else that I have to deal with in life when I'm back home, whatever worries I have, they're completely gone in that moment."

"This has been one of the best experiences of my life," said Alhahjie Fofana, a retired Marine Staff Sergeant. "I'm so happy for the opportunity. I didn't serve with the members of my team, but now that I've met them, we're going to be lifelong friends."

Other honorable mentions included yet another tournament first, as one of the event's first all-female teams, Vanessa Brown and Mea Peterson, came in sixth and seventh place, respectively, for total overall points, each catching a +100 lb. bluefin tuna.

About War Heroes on Water
War Heroes on Water (WHOW) is an annual sportfishing tournament of unprecedented scale that supports combat-wounded veterans' programs. It was created in 2018 by loanDepot Founder and CEO Anthony Hsieh, who is also the owner and leader of Team Bad Company, a world-class, record-holding competitive sportfishing fleet. Through Hsieh's deep connections with the Southern California sportfishing and business communities, WHOW has grown exponentially over four years and is now the largest nonprofit sportfishing tournament in the US. Learn more about WHOW at www.warheroesonwater.com or follow WHOW on Facebook and Instagram.

About Freedom Alliance
Freedom Alliance is a charitable organization which provides help and support to wounded troops and military families. Freedom Alliance has awarded more than $18 million in college scholarships to the children of military heroes killed or disabled in military service and has spent millions more helping injured veterans and military families with outdoor recreational therapy trips, Heroes Vacations, care packages for deployed troops, mortgage-free homes, all-terrain wheelchairs and much more. To learn more, visit www.FreedomAlliance.org or Facebook.com/FreedomAlliance. 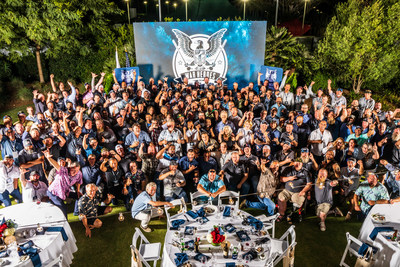 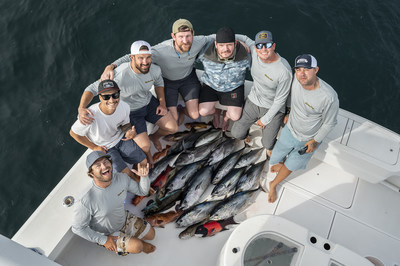 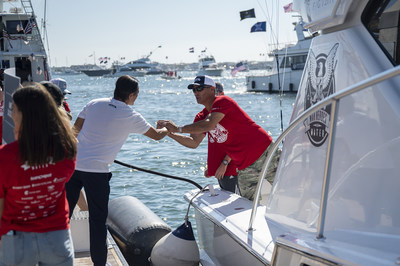 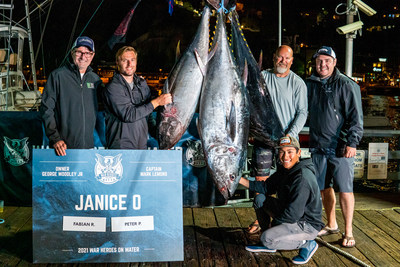 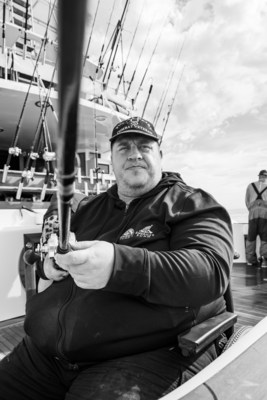 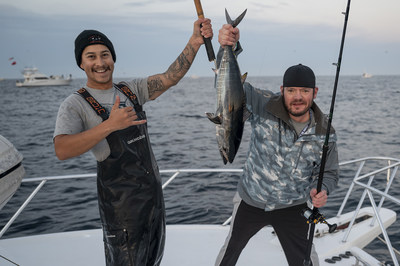 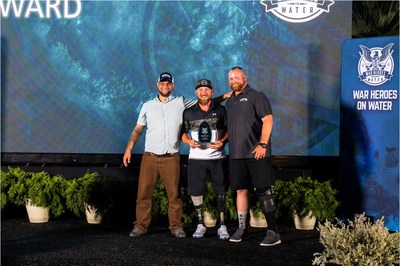 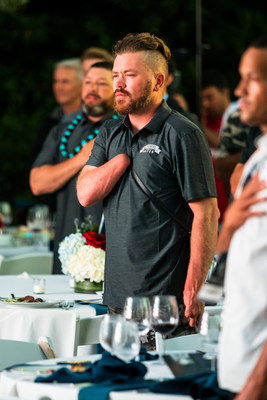