PALO ALTO, Calif., Oct. 7, 2021 /PRNewswire/ -- Communications & Power Industries (CPI) has received an award of more than $3 million from NASA to provide specialized K-band traveling wave tube amplifiers (TWTAs) for the space agency's Artemis program, which calls for the establishment of a base camp on the Moon's surface and a Gateway outpost in lunar orbit. CPI's amplifiers will assist the Gateway outpost in its moon orbiting and docking exercises, by aiding communication, data and telemetry functions. 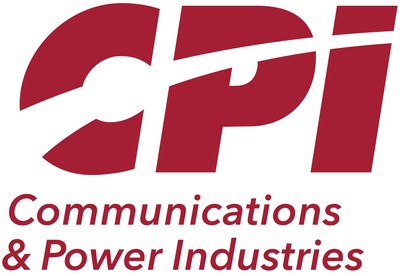 The TWTAs for the Artemis program have been developed by the Satcom Products Group of CPI's Satcom & Medical Products (SMP) Division. The TWTAs are due to ship by the end of the calendar year. CPI's quick delivery capabilities and the proven reliability of its K- and Ka-band TWTA platform were important factors in NASA's selection of CPI amplifiers for this project.

The Artemis lunar exploration program seeks to achieve an initial human Moon landing by 2024 and a sustainable lunar exploration camp in the mid-to-late 2020s. With this program, NASA intends to establish the first long-term presence on the Moon and to utilize what is learned there to prepare to send astronauts to Mars.

"The Artemis program is an example of public agencies and private industry working toward a common goal: establishing a sustainable human presence on the Moon. CPI's amplifiers will be a critical piece of the communications technology necessary to make that goal a reality. Our role as a ground segment supplier for NASA's Artemis program enables us to build on CPI's extensive experience in high-power amplifiers and to develop new innovations to help drive toward this goal," said Mike Boyle, president of CPI's SMP Division. "The TWTAs we have designed specifically for this project are based on our decades of development in K- and Ka-band and other high frequency ranges for a number of applications."

CPI is a leader in ground systems and components for satellite communications. Through the Satcom Products Group of its SMP Division, which has manufacturing and engineering facilities in the United States and Canada, CPI is one of the largest global manufacturers of high-power communications amplifiers for satellite uplink applications. In addition to vacuum-based amplifier technologies, such as TWTAs and klystron power amplifiers, CPI also designs and manufactures solid state power amplifiers (SSPAs) using both gallium nitride (GaN) and gallium arsenide (GaAs) technology. In fact, CPI is the only supplier to offer this full spectrum of amplifier technologies, which are used in fixed and mobile gateways in support of commercial, government and military communications around the world.

About Communications & Power Industries
Communications & Power Industries (CPI) is a global manufacturer of electronic components and subsystems focused primarily on communications and defense markets. With a heritage of technological excellence that spans decades, CPI develops, manufactures and globally distributes innovative and reliable technology solutions used in the generation, amplification, transmission and reception of microwave signals for commercial and military applications. Learn more about CPI at www.cpii.com.