CEDAR RAPIDS, Iowa, Oct. 1, 2021 /PRNewswire/ -- Peggy Rodriguez Stover, second vice chairperson of the Linn County Democrats, is forming an exploratory committee to determine the viability of a potential candidacy to represent District 65 in the Iowa House of Representatives. 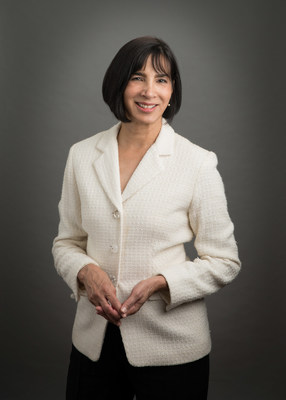 "I've been speaking with folks informally for a while now, and I'm hearing some common themes about the district and the dysfunction in Des Moines," says Stover, an associate professor and administrator at the University of Iowa Tippie College of Business.

"For example, the state's continuing slow response to the aftermath of last year's Derecho storm that devastated Cedar Rapids, the ongoing mishandling of the pandemic statewide, inadequate funding for public education, and the erosion of basic rights for workers."

Stover also believes the governor and legislature need to immediately look at alternatives to the failed privatization of the Medicaid program.

"The pandemic illustrates the need for good, timely and affordable healthcare for all Iowans," she says. "The privatization of the state's Medicaid program has been inefficient and costly to taxpayers and providers."

Her professional background includes twenty-five years of experience in executive positions at several Fortune 500 companies. She has also owned small businesses in Iowa.

Stover expects to make a final decision by early winter, after the new district maps are completed and upcoming local elections have concluded.

"Public servants help people by improving the community they serve," she says. "They listen objectively, use facts, and make decisions that are in the best interests of their residents. This is what separates a public servant from a politician, something too many in Des Moines have forgotten."

Stover has a master's degree from the University of Denver and a bachelor's degree from St. Mary's University in San Antonio. Originally from Puerto Rico, she and her husband, who is from Dubuque, have resided in District 65 for more than a decade.