WASHINGTON, Sept. 20, 2021 /PRNewswire/ -- Trains play an important part in our society by transporting goods and people, but too many kids are injured or killed on or around railroad tracks. In recognition of National Rail Safety Week (September 20-26), Union Pacific Railroad, Safe Kids Worldwide, and the children's TV animated series "Chuggington" today announced a series of resources designed to raise awareness, educate families, and prevent rail-related injuries and deaths involving children. 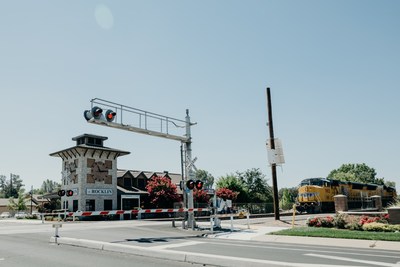 "Every five days a child is killed in a train collision and nearly every tragedy is preventable," said Torine Creppy, president of Safe Kids Worldwide. "One way to prevent serious injuries and death is to educate parents and communities with the life-saving information they need to protect their kids. We're proud to continue our partnership with Union Pacific and Chuggington to help make sure children of all ages are safe around trains and railroad crossings."

In many communities, areas near train tracks are considered by young people to be a popular place to "hang out." Many people, including kids and adults, walk along the tracks, cut across them as a short cut, and pose for group photos and selfies without knowing the facts about trains:

"Children of all ages love trains, but it's important for them to understand railroad tracks are not a place to play nor should they be used as a shortcut," said Dan Blank, chief safety officer of Union Pacific. "Our goal is to embed these behaviors at a young age and, ultimately, create lifelong habits that are as ingrained as looking both ways before crossing the street."

In the decade between 2011 and 2020, at least 687 children died as a result of a rail-related injury and more than 2,000 children were injured. Trespass incidents make up 67 percent of these fatalities and 50 percent of the nonfatal injuries. Teens, ages 15-19, are the age group most frequently impacted by trespassing incidents.

To help inform younger kids about the importance of rail safety, the stars of "Chuggington," an animated TV series following the adventures of three young train engines Wilson, Koko and Brewster, deliver content highlighting the following three key rail safety messages on how kids and their families can stay safe around trains and railroad tracks:

Launched in 2020, the Chuggington partnership provides a variety of additional resources, including a guided rail safety PSA and a dedicated website at Chuggington.com/RailSafety, featuring a customizable Rail Safety Pledge and a variety of downloadable activity sheets for parents, teachers and schools. The multi-level campaign is also featured on GoNoodle, a platform widely used in schools and homes across the U.S., featuring targeted outreach to teachers through their website, e-newsletters, blog, and social communications.

About Safe Kids Worldwide
Safe Kids Worldwide is a nonprofit organization working to protect kids from preventable injuries, the number one cause of death for children in the United States. Safe Kids works with an extensive network of more than 400 coalitions in the U.S. and with partners in more than 30 countries to reduce traffic injuries, drownings, poisonings and more.

About Chuggington and Herschend Entertainment Studios:
Produced and distributed worldwide by Herschend Entertainment Studios, "Chuggington: Tales From the Rails" and its fictional world of modern and colorful train engines follows the humorous, educational and contemporary adventures of three young trainee engines, the eager Wilson, daring Koko and loyal Brewster, who learn to ride the rails of life while learn valuable lessons of teamwork, listening, perseverance, patience, self-confidence and building friendships.

Through the power of storytelling, Herschend Entertainment Studios (HES) creates entertainment brands which positively influence families for the better. Launched in 2016, HES is the media arm of Herschend Enterprises which develops and produces 360 degree Franchises of wholesome entertainment for television, film, licensing and other media. Its current media properties include Chuggington, The Harlem Globetrotters, Splash and Bubbles (in partnership with The Jim Henson Company) and The Keys to the Kingdom.

About Union Pacific Railroads Union Pacific (NYSE: UNP) delivers the goods families and businesses use every day with safe, reliable and efficient service. Operating in 23 western states, the company connects its customers and communities to the global economy. Trains are the most environmentally responsible way to move freight, helping Union Pacific protect future generations. More information about Union Pacific is available at www.up.com. 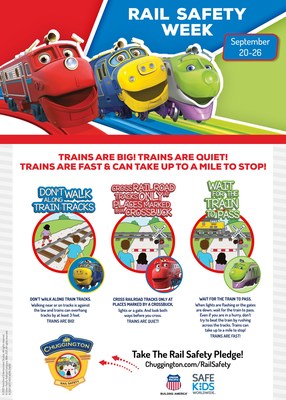 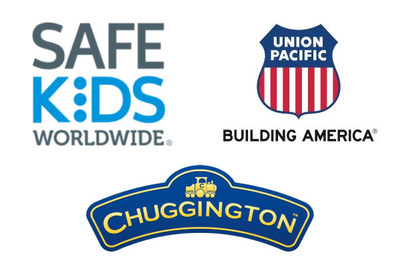