Anova Culinary and (RED) Team Up to Fight Global Health Emergencies, like HIV/AIDS and COVID

SAN FRANCISCO, Sept. 15, 2021 /PRNewswire/ -- Anova Culinary, a subsidiary of Electrolux (ELUX-B) and a leading provider of sous vide devices, today announced a partnership with (RED), an organization fighting global health emergencies, like HIV/AIDS and  COVID. Anova and (RED) have teamed up to launch a collection of (ANOVA)RED Precision® Cookers, a line of Anova's industry leading sous vide cookers designed to help home chefs achieve pro-level results. Five percent of each purchase from the (ANOVA)RED collection will go to the Global Fund to strengthen health systems and support life-saving programs in the communities where pandemics hit hardest, with a minimum commitment of $200,000. 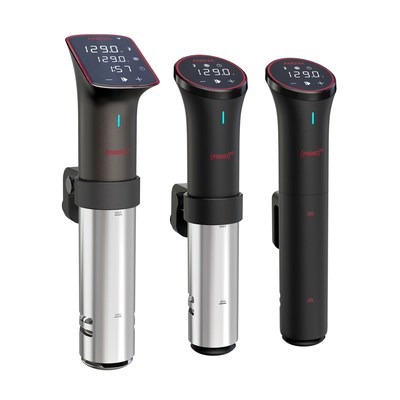 The new line of (ANOVA)RED Precision® Cookers now allows consumers to cook amazing meals at home while also supporting the fight against global health emergencies with every purchase.

"We started Anova Culinary on the principle of accessibility. Prior to Anova, sous vide devices were almost exclusively used by professionals and were not available to the everyday home cook," said CEO and Co-Founder, Stephen Svajian. "We knew that we could change that and it ended up disrupting the smart kitchen space. (RED) disrupted the traditional model of philanthropy. When the opportunity came to partner with (RED), we jumped at the chance to be part of the mission to make a more just and accessible global health system for communities around the world."

"We are thrilled to be partnering with Anova Culinary for the collection of (ANOVA)RED Precision® Cookers. In this, (RED)'s 15th anniversary year, we've never been more focused on raising money to fight pandemics and dialing up the heat to keep attention on these issues. This partnership does both ? literally and figuratively ? and we couldn't be happier to join forces in this critical year," said (RED) President and Chief Operating Officer, Jennifer Lotito.

The (ANOVA)RED Precision® Cookers line is available now on anovaculinary.com, and will be available on Amazon starting at the beginning of October. The collection includes:

The current COVID-19 pandemic is affecting communities worldwide, but the impact is most severe among the most vulnerable, including people living with HIV and other medical conditions. As the virus spreads in sub-Saharan Africa, particularly in countries with high HIV prevalence, there is increasing evidence that people living with HIV are at high risk of COVID-related morbidity and mortality.*

Visit anovaculinary.com/red to learn how to fight both AIDS and COVID with (RED) this holiday season.

ABOUT ANOVA
Founded in 2013, Anova helped transform the smart kitchen appliance market with the launch of the first commercially available and affordable sous vide immersion circulator. Today with its family of Anova Precision® products, Anova is a leading provider of sous vide cookers. Headquartered in San Francisco, Anova is changing the way people cook through its hardware devices and software platform, enabling home cooks to easily create perfectly cooked meals every day. For more news and information on Anova and its products, please visit anovaculinary.com.

ABOUT (RED)
(RED), named for the color of emergency, was founded by Bono and Bobby Shriver in 2006 to turn companies into a cavalry to fight the AIDS pandemic. Today, that cavalry is also fighting the urgent threat of COVID and its devastating impact on the world's most vulnerable communities, answering the need for a truly global response.

To date, (RED) has generated more than $650 million for the Global Fund, helping more than 220 million people. The money raised by (RED)'s partners and campaigns goes directly to strengthen health systems and support life-saving programs in the communities where pandemics hit hardest. 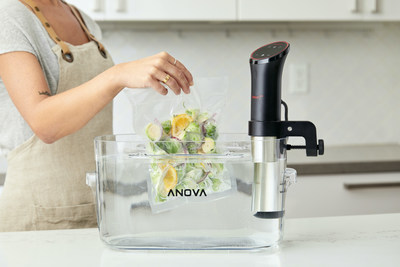 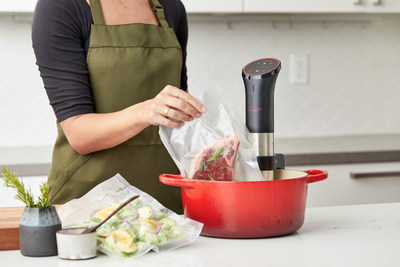