FRANKLIN, Tenn., Sept. 15, 2021 /PRNewswire/ -- Selena "Mason" Converse and Erin Mason are sisters-in-law, wives, mothers and combat veterans, and they are two-thirds of Mitsubishi Motors' 2021 Rebelle Rally entry. They'll be joined in their 2022 Mitsubishi Outlander on the nine-day, 2000-km, all-women off-road navigational rally by Sammy, Mason's two-and-a-half-year-old German Shepherd, the first service dog ever to compete in the Rebelle. 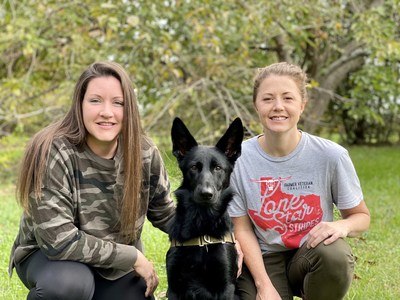 "Mitsubishi Motors' participation in the Rebelle Rally is first and foremost about our partnership with Record the Journey and supporting Rachael Ridenour and the charity she founded to help military veterans," said Mark Chaffin, Chief Operating Officer, Mitsubishi Motors North America, Inc. (MMNA). "This year, in addition to supporting two veterans who honorably served, we're breaking ground with Mason and Erin competing with Sammy to raise awareness for PTSD and the potentially life-saving work that trained service dogs do. We couldn't be more proud to see the three of them in their 2022 Outlander, and celebrating one of Mitsubishi Motors' most significant Dakar wins."

MMNA and RTJ have broken new ground at the Rebelle each year and are poised to do it again. Starting in 2019 ? when the brand first partnered with RTJ as part of MMNA's "Small Batch ? Big Impact" social-good program ? Team RTJ finished second in the Rebelle's CUV class with the event's first ever adaptive athlete ? U.S. Air Force veteran Karah Behrend ? at the wheel of a Mitsubishi Eclipse Cross.

In 2020, MMNA and RTJ marked another first for the Rebelle, competing in a Mitsubishi Outlander PHEV, the first plug-in hybrid electric vehicle ever to complete the grueling multi-day event. This year, MMNA and RTJ will again make history in the wilds of Nevada and Southern California, when Sammy will become the first four-footed Rebelle.

"Record the Journey couldn't be more grateful for the support that Mitsubishi Motors and our other partners have provided to enable military veterans to have this life-changing ? and life-affirming ? experience," said retired U.S. Army Sergeant Major and RTJ Founder Ridenour. "And this year is particularly important, as Sammy joins Mason and Erin to bring focus to PTSD and the important role that service dogs play for our returning heroes."

MMNA recently shared a rendering of the vehicle that will carry Erin, Mason and Sammy through the 2021 Rebelle Rally October 7-16. The Outlander's special paint scheme pays tribute to a history-making Dakar Rally win twenty years ago, when Jutta Kleinschmidt drove a Mitsubishi Pajero to victory in 2001, becoming the only woman ever to win the world-famous Dakar. This was only one of Mitsubishi's 12 overall wins in the world's most rugged motorsport competition, and the first of seven in a row.

In addition to honoring the 20th anniversary of Kleinschmidt's momentous win, MMNA is also celebrating the brand's 40th anniversary in the United States this year.

With headquarters in Franklin, Tennessee, and corporate operations in California, Georgia, Michigan, New Jersey, Texas, Florida and Virginia, MMNA directly and indirectly employs more than 8,000 people across the United States. 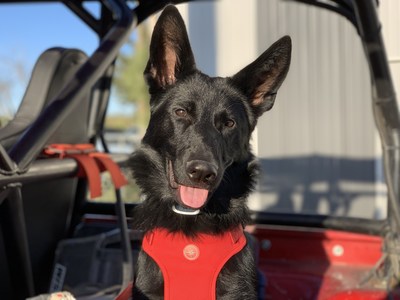 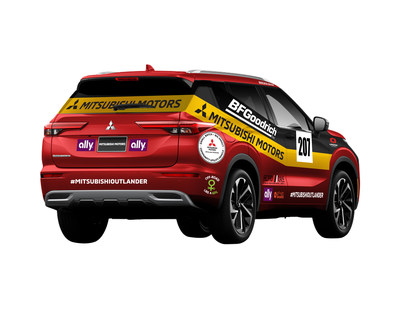 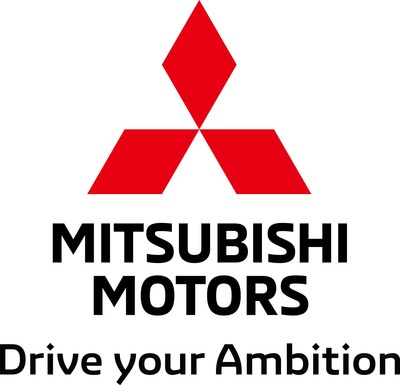