LOS ANGELES and PHOENIX, Sept. 14, 2021 /PRNewswire/ -- Weldon Angelos, president of The Weldon Project, and Erik Luna, director of the Academy for Justice at the Sandra Day O'Connor College of Law at Arizona State University, announced today that they co-wrote and signed a letter to President Joe Biden, requesting a general pardon to all persons subject to federal criminal or civil enforcement on the basis of a nonviolent marijuana offense.

The harms of incarceration are obvious, but the pains of federal marijuana convictions transcend prison walls.

Angelos, who founded the Weldon Project, an organization dedicated to ending incarceration for cannabis, and Luna, the Amelia D. Lewis Professor of Constitutional & Criminal Law at Arizona State University, will participate in a live-streamed event today airing on Vimeo and moderated by Politico reporter Mona Zhang, at 11 a.m. Pacific time to discuss the letter and reinforce the case to provide clemency to all federal nonviolent marijuana offenders.

"The harms of incarceration are obvious, but the pains of federal marijuana convictions transcend prison walls, making it more difficult for someone to get a job, access affordable housing, and receive an education. A conviction can forever limit an individual's constitutional rights and can put the American dream further out of reach for an entire family. Enough is enough. No one should be locked up in federal prison for marijuana," the letter states, noting that three-quarters of the states have now abandoned the federal government's blanket criminal ban in favor of safe, regulated legal access to marijuana for adults and/or those with qualifying medical conditions.

The request to President Biden comes at a time when an overwhelming 68% of U.S. adults support the federal legalization of cannabis. Yet, more than a half-million individuals are arrested each year for marijuana-related offenses, sometimes with devastating consequences including the possibility of incarceration.

"It's time for the federal government to say the drug war is over when it comes to marijuana," said Luna, a two-time Fulbright Award winner whose scholarship often explores the criminalization of victimless crimes. "With the stroke of a pen, President Biden can help end the national criminal prohibition of marijuana, a crude policy that has wrought havoc for nearly a century."

The Weldon Project is named after Weldon Angelos who was an up-and-coming musician when he was sentenced to a 55-year prison term in 2003 for selling less than $1,000 worth of cannabis. Federal prison and sentencing laws for drug crimes carry mandatory minimums, even for first-time offenders like Angelos, that are often stiffer than state laws. Angelos was eventually released from prison in 2016 after serving 13 years of his term. After being released, he founded the Weldon Project, a 501(c)(3) nonprofit, and launched the Mission Green, an initiative dedicated to securing clemency for those currently incarcerated for cannabis and create pathways to expungements or pardons so that they may go on to live meaningful lives.

The letter to President Biden emphasizes that a full pardon of federal marijuana offenders is consistent with the U.S. Constitution and past practices of presidents from both political parties.

"In 1974, President Ford established a program of conditional clemency for Selective Service Act violators. In 1977, President Carter issued a categorical pardon to all Selective Service Act violators, closing the book on a costly and painful war." President Biden has the power to do the same for the federal war on marijuana, the letter emphasizes. Through the President's "act of constitutional grace, a general clemency will send a clear and powerful message that our country is truly taking a new course on criminal justice policy and practice."

In December 2020, Angelos was fully pardoned by the former president.

"When Biden ran for president, he promised to take action and use the pardon power of the presidency to release those serving prison time for marijuana and pardon their felony convictions," Angelos said. "At a time when dispensaries are as prevalent as liquor stores in some states, it is time for President Biden to now make good on that promise."

The stories of those who this would help are compelling including Luke Scarmazzo is currently serving 22 years for operating a state compliant medical marijuana dispensary in Modesto, California. "I was sentenced to 22 years in prison for operating a state legal medical marijuana business. I've served 14 years of that sentence. The letter delivered to President Biden today demonstrates that the public no longer supports these incarcerations," Scarmazzo said. "And I pray the president fulfills his campaign promise of releasing cannabis prisoners and expunging our records. The country is urging him to act."

Drake, Meek Mill, Lil Baby, Killer Mike, and dozens of other hip-hop artists signed on in support of their friend and fellow rapper Ralo, who is facing eight years for a nonviolent marijuana offense. "I appreciate my friends and peers in the hip-hop community, especially Drake, supporting my clemency because it's just not right that corporations are allowed to violate federal law and become millionaires while people like myself go to prison for years," Ralo said. "This is hypocrisy. I hope that Joe Biden honors his campaign promise and grants us clemency without delay so I can return to my family and community."

The full text of the letter can be accessed at https://www.cannabisclemencynow.org/.

About The Weldon Project
THE WELDON PROJECT is dedicated to funding social change and financial aid for those who are still serving prison time for cannabis-related offenses. Through extensive partnerships throughout the legal Cannabis industry, THE WELDON PROJECT launched the MISSION [GREEN] initiative to raise the bar for awareness, social justice, and social equity by providing unique ways for cannabis businesses and consumers to participate in a nationwide campaign aimed to provide relief to those who have been negatively impacted by prohibition. For more information, visit https://www.theweldonproject.org/.

About the Academy for Justice
The Academy for Justice, a program within the Sandra Day O'Connor College of Law at Arizona State University, is a diverse team of reform-minded scholars and experts from a number of different institutions who believe that knowledge is the most important tool we have for addressing the array of problems confronting the American criminal justice system. Our scholars come from different backgrounds, and each bring different perspectives, experiences, and methodologies to bear on our criminal justice reform work. As a scholarly collective, our approach to criminal justice reform is interdisciplinary, pragmatic, and non-partisan. Our shared mission is to bridge the gap between academia and on-the-ground criminal justice reform by making scholarly research and ideas accessible to policymakers, stakeholders, journalists, and the public. For more information visit http://academyforjustice.org/. 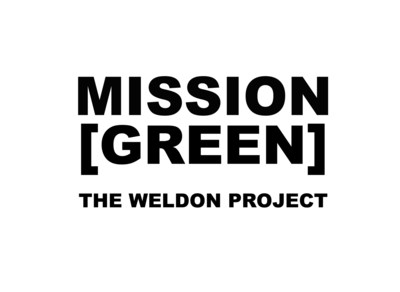