MILFORD, Conn., Sept. 14, 2021 /PRNewswire/ -- Subway® restaurants with Stewart-Haas Racing and driver Kevin Harvick today unveiled a new paint scheme as part of its return to the NASCAR Cup Series. The refresh to the No. 4 car highlights Subway Delivery and will be featured in three races this season, starting Saturday night at Bristol (Tenn.) Motor Speedway. 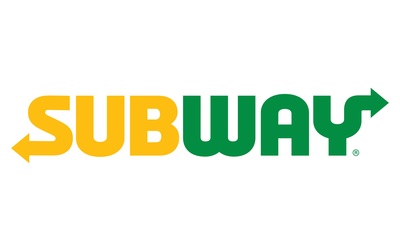 Now available nationwide, Subway Delivery powered by DoorDash allows guests to order their Subway favorites via the Subway app or on Subway.com.  Guests can now earn and redeem Subway MyWay® Rewards points on Subway delivery orders as well. In conjunction with Harvick being one of the 16 drivers in the NASCAR Playoffs, Subway also announced a $0 Delivery fee on all Subway Delivery orders plus a 15 percent discount on a footlong for a limited time beginning Sept. 18 when using promo code KEVIN15.

"With Subway Delivery, we are meeting guests where they are ? on our new and improved Subway app and our website ? to guarantee the same customized experience that guests love about our restaurants," said Carrie Walsh, Chief Marketing Officer, Subway. "With Kevin Harvick and the No. 4 team of Stewart-Haas Racing having a history of racing deep into the playoffs, I can't think of a better way to remind everyone that Subway delivers freshly made subs and fast, right to your door."

To build excitement for the debut of the new No. 4 Subway Ford Mustang, Harvick will surprise lucky fans in Charlotte today by personally delivering Subway orders in a freshly wrapped race car and fire suit. Fans can follow along with the surprise deliveries on social media using #EatFreshFast, as well as get a behind-the-scenes look at how the car and Harvick's team prepare for a race weekend.

"Our Ford Mustang has a fresh new look for this Saturday night at Bristol, but our drive to go out and compete for the win remains the same," Harvick said. "We won last year's night race at Bristol and nothing would make me happier than to deliver a win for Subway in its debut with us."

The newly unveiled paint scheme, which features the Subway logo on the hood and "So Much Delivered" on the TV panel, will also be the primary sponsor of the No. 4 Ford Mustang for the Sept. 26 race at Las Vegas Motor Speedway and the Oct. 24 race at Kansas Speedway. Subway will serve as a major associate sponsor Oct. 10 at the Charlotte (N.C.) Motor Speedway Roval, Oct. 17 at Texas Motor Speedway and Oct. 31 at Martinsville (Va.) Speedway.

As the world's largest quick-service restaurant brand, Subway serves freshly made-to order sandwiches, wraps, salads and bowls to millions of guests, across more than 100 countries in nearly 40,000 restaurants every day. Every restaurant is owned and operated by Subway franchisees ? a network of more than 20,000 dedicated entrepreneurs and small business owners ? who are committed to delivering the best guest experience possible in their local communities.

Stewart-Haas Racing is the title-winning NASCAR team co-owned by three-time NASCAR Cup Series champion Tony Stewart and Gene Haas, founder of Haas Automation ? the largest CNC machine tool builder in North America. The Kannapolis, North Carolina-based organization has won two NASCAR Cup Series titles, one NASCAR Xfinity Series championship and more than 90 NASCAR races, including such crown-jewel events as the Daytona 500, Brickyard 400 and Southern 500. For more information, please visit us online at StewartHaasRacing.com, on Facebook, on Twitter, on Instagram and on YouTube.