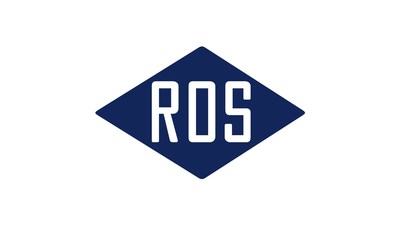 The partnership between Religion of Sports and Brazil-based Adventures will leverage the power behind the ROS brand and its signature storytelling approach to create premium, original content that sits at the intersection of sports and entertainment - something that has yet to be explored in Brazil. The new venture will combine the storytelling, production and distribution expertise of ROS with Adventures' broad talent pool and content studio to bring together exciting, inspirational content centered around Brazilian athletic achievements and sports stories.

"Brazil is one of the greatest sports countries in the world but is largely untapped in terms of sports-based entertainment," said Ameeth Sankaran, Religion of Sports CEO. "We believe sports provide a universal language through which we can understand ourselves and important issues of our time. The partnership with Adventures supports Religion of Sports' efforts to expand into new markets and bring our unique storytelling perspective to audiences around the world."

Religion of Sports productions are built around a single perspective that leverages sports as a means to explore humanity and moments in culture. Since its founding in 2016, the company has produced premium narrative and scripted audio and video content, including the Emmy-winning "Tom vs. Time", which explores seven-time Super Bowl champion Tom Brady's quest for the fountain of youth; "Simone vs. Herself", a look at superstar gymnast Simone Biles as she prepares for the Tokyo Olympics; "Shut Up and Dribble", a modern history of the NBA and the players who have helped to bring about social change; and "Greatness Code", an unscripted series that spotlights untold stories from the greatest athletes in the world featuring Tony Hawk, Katie Ledecky, Shawn White and others; as well as a slew of audio content, including the recently-launched podcast "False Idol", which examines the rise and fall of Oscar Pistorius, the South African Paralympic sprinter.

"This partnership is focused on creating premium original content connected to the Brazilian sports market, which is largely unexplored, and yet is a culturally relevant part of our society's daily lives and habits," says Partner and Managing Director of Original Content at Adventures, Sergio Floris. "We want to build the Religion of Sports name in Brazil in order to leverage the power of the established brand in the US and raise the potential of the Brazilian market".

As the first brandtech company in Latin America, Adventures is leading the largest platform for brands in Latin America, developing strategies for Stone, TikTok, Resso, Tinder, Disney, John Deere, Domino's, Americanas and many other global leaders. Its talent vertical represents star athletes such as Gabriel Medina, WSL's first Brazilian world champion and a two time surfing world champion; Thiago Silva, Brazilian football star and reigning UCL champion with Chelsea; Leticia Bufoni, skateboarder and the biggest XGames winner with six gold medals; Henrique Avancini, member of the Brazilian men's mountain bike team and former world number 1 in the UCI ranking; Gui Khury, the youngest skateboarder in history to win gold at the X Games; as well as many others. Adventures' Studios division, launched this year, works with brands to develop creative solutions for branded content across all platforms, from TikTok to video series to reality shows.

"We are ready to lead the production of original content in Brazil and translate ROS' 'Why Sports Matter' ethos in a country where sport represents a world of opportunities for athletes and which generates a strong connection between people", says Partner and Executive Producer at Adventures, Olivia Chiesi. "We have the opportunity to bring prominence to other sports besides soccer and broaden our view on sports issues, going beyond what is featured in the news. Through entertainment, we can portray important stories and themes from a valuable perspective to connect the public not only to great athletes, but also brands and creators in synergy," she concludes.

The first projects will tap into Brazil's incredibly diverse and engaging soccer culture, with content set to be released in 2022.

About Adventures
Founded by serial entrepreneur Rapha Avellar along with Ricardo Dias, former CMO of Ambev, and banker Gerard de Roure, Adventures is the first Brandtech in Latin America and leading the largest platform for brands in Latin America. Currently leads strategies for brands such as Stone, TikTok, Resso, Tinder, Disney, John Deere, Domino's, Americanas and many other global leaders.

About Religion of Sports
Religion of Sports is an Emmy Award-winning sports media company co-founded by Tom Brady, Gotham Chopra, and Michael Strahan, built on the thesis that sports are religion. The company produces content focused on a single narrative of 'Why Sports Matter' to explore greatness and human potential. Religion of Sports has produced hundreds of thousands of hours of content across mediums, from short-form video to podcasts to feature films, including its flagship "Religion of Sports" series, "Shut Up and Dribble," "Tom vs. Time," and "Greatness Code." For more information, visit religionofsports.com.