SAINT-LAURENT, QC, Sept. 8, 2021 /CNW Telbec/ - At the Conseil d'arrondissement meeting on September 7, Saint-Laurent adopted a new resolution appealing to the federal government to ban assault weapons and handguns in Canada and to cease their illegal production and import. The resolution also underscores the importance of keeping jurisdiction of weapons at the federal level since cities have no control over individuals who enter or exit their territories with firearms. Conseil de Saint-Laurent adopted a similar resolution on March 3, 2020. 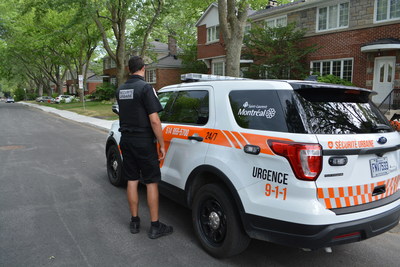 "Despite a drop in crimes against persons in Saint-Laurent in recent years, recent incidents involving firearms prove that we need to step up our efforts. Our number-one priority is to do everything in our power to ensure the safety of the citizens and workers on our territory. We are already working with the SPVM, which is doing a tremendous job. But with a federal ban on assault weapons and handguns, as well as a voluntary buyback program for firearms and the enforcement of penalties, we would be able to more significantly reduce the number of weapons in circulation and thereby be more effective in fighting violent crime."

Alan DeSousa, the Mayor of Saint-Laurent

In its resolution, Saint-Laurent also requested that the federal government put in place a voluntary buyback program firearms on its territory and to reinforce penalties for the illegal production, trafficking and use of firearms in Canada.

According to Statistics Canada, the number of homicides committed using firearms increased over four consecutive years (2013 to 2017), or by 103% over this period. The current rate is "the highest observed in Canada since 1992." The number of firearms in Canada has more than doubled since 2012 (increasing from 465,000 to 935,000) and accounts for around 24% of all homicides in the country.

In Montréal, an average of 18 individuals are killed by firearms every year, representing more than 50% of annual homicides. In 2018, Ville de Montréal unanimously adopted a motion requesting the federal government to ban assault weapons and handguns.

In 2007, Saint Laurent created the Patrouille de sécurité urbaine to enhance public safety. This patrol uses marked vehicles and bicycles to ensure a daily and nightly presence on the streets and in parks across the territory. It works closely with the Service de police de la Ville de Montréal to address residents' concerns and respond to minor incidents, and provides security at major public events held in the borough.

A city founded in 1893, Saint-Laurent became one of the 19 boroughs of Montréal in 2002. Located in the north section of the island, arrondissement de Saint-Laurent is the largest borough, covering 42.8 square kilometres. Its population of more than 100,000 residents is among the most multicultural. Recognized as a "sustainable municipal territory" in 2019, Saint-Laurent takes sustainable development and environmental protection into account in all its decisions. The challenge here is even greater considering that more than 70% of the borough's territory is dedicated to industrial and commercial activities with over 4500 businesses and 110,000 jobs.  It is also home to one of Quebec's biggest industrial and technological hubs. Already offering easy access to major highways and public transit, Saint-Laurent is preparing to open five new Réseau express métropolitain stations. What's more, with its two libraries, Centre des loisirs, modern Complexe sportif, arena, and some 50 parks, Saint-Laurent offers an extensive range of services in numerous fields such as culture, sports, and recreation. By doing so, the borough ensures a wonderful quality of life for families and a stimulating environment for businesses.