Make Chicago Home for Everyone

CHICAGO, Sept. 3, 2021 /PRNewswire/ -- Last year, millions of Americans rediscovered the importance of home. Besides safe havens, their homes became makeshift offices, schools, theaters and gyms? and the centers of family life like never before. 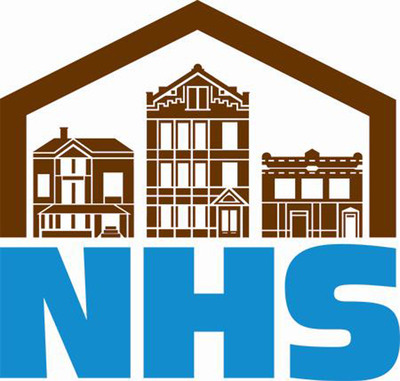 A home is more than a place of comfort and family togetherness. It's also the best way for families to build equity and generational wealth. Home equity in the U.S. represents more than $21 trillion in U.S. household wealth, and it grows annually, even in years where the economy as a whole suffers. That front stoop could become the first building block toward retirement, a college education, or a new business and career. Unfortunately, it's not an opportunity that's equally available to everyone.

That's why we urge the Chicago City Council to take action and pass the Lending Equity Ordinance this month ? a piece of legislation that will shine a light on these disparities and provide a path for change.

Since the creation of the 30-year mortgage, Black and Brown homebuyers have been excluded from the same access to homeownership enjoyed by their White counterparts. This happened through intentional financial tools and government policies, such as redlining, racist covenants, predatory interest rates, and risk-based pricing. The federal government rolled out the red carpet for American homeowners after World War II?but almost all the buyers who were able to take advantage of those programs, by design, were White. For example, in the first 25 years of the Federal Housing Administration, a period through 1960 when most Americans began the process of building wealth through homeownership, 98% of the agency's funds went to insure mortgages to white borrowers. In the 2008 financial crisis, many first-time buyers also fell victim to complex and exploitative contracts that advertised too-good-to-be-true deals and trapped them into impossibly high payments.

All of this has caused the homeownership gap between Black and White Americans to be larger today than it was in the 1960s. This disparity continues to be a driving force in our staggering racial wealth gap. It's time to create a level playing field for all who want to become homeowners.

This summer, the Chicago City Council took a first step in addressing these longstanding inequities by introducing the Lending Equity Ordinance. This measure will publish demographics on who the city's banking partners are lending to, who they are hiring, and where they are making their biggest investments.

It will also create an annual public hearing for residents and the City Council to talk openly about these issues and potential solutions. The ordinance doesn't impose any new regulations on banks. It does, however, increase transparency and public accountability in mortgage lending, and provide additional data to help us understand where things stand today. With this data and open conversation, we can come together as a city to understand what we can measure and what we can improve.

The Lending Equity Ordinance is supported by dozens of affordable housing advocates and practitioners and was championed by members of the Housing Policy Task Force - a group of twenty non-profit organizations working to increase access to the wealth-building opportunities of homeownership for buyers of color across Chicagoland.

In the wake of last year's racial reckoning, these advocates joined the City of Chicago, financial institutions, and corporations in pledging to fight systemic racism and correct the longstanding inequities in our city and country. The Lending Equity Ordinance will help us see how we are living up to those promises of equal opportunity and growth.

By passing the Lending Equity Ordinance, Chicago can commit itself to the vision of a thriving city where everyone has an equal opportunity to buy a home - a city where families can put down roots and let their branches grow, providing shade and shelter to the next generation and beyond.