NEW YORK, Aug. 4, 2021 /PRNewswire/ -- First Responders Children's Foundation today announced that proceeds donated from the single entitled "Stuck with U" have now surpassed $3.5 Million, directly impacting thousands of first responder families all across the United States. The donation will be used to fund scholarships for children of first responders as well as provide financial support to the families and children of healthcare workers, EMTs, paramedics and firefighters serving on the front lines of the COVID-19 pandemic. www.1strcf.org 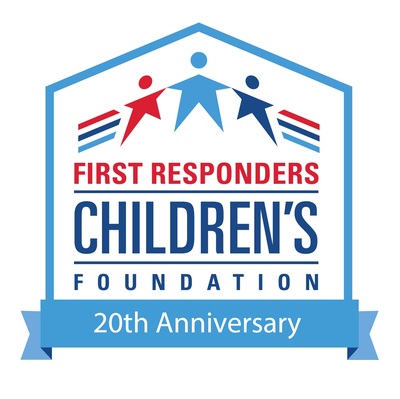 "Stuck With U" was released in Spring 2020, in response to the COVID-19 global pandemic and to further bolster relief efforts across the United States. It was a creative collaboration between Scooter Braun's SB Projects, Ariana Grande and Justin Bieber, along with Republic Records and Def Jam Recordings, donating 100% of net profits from streams and sales to the First Responders Children's Foundation.

The specific areas of impact resulting from the donation include:

"The generosity, and support that Ariana Grande, Justin Bieber, and Scooter Braun have shown the men and women on the front lines of this ongoing pandemic has been a surreal and humbling experience for us," said Jillian Crane, President of First Responders Children's Foundation. "As an organization, we have been able to help the everyday heroes who have been on the frontlines of the pandemic, and their family's immediate needs with the support that has only been made possible due to the collective effort of everyone involved, which we are thankful for."

"As the world was shutting down, we were looking for ways we could make a tangible impact as it has always been Scooter's priority that SB Projects and our artists give back," said Shauna Nep, Vice President of Philanthropy for SB Projects.  "We were so thrilled to partner with the First Responders Children's Foundation who have been supporting those on the frontlines of the pandemic, as well as their families. Over a year later, we are so proud to see how much has been raised and what has been accomplished.  We thank the Foundation for their leadership and commitment to this work."

In addition to supporting the First Responders Children's Foundation. "Stuck with U" won the award for "Best Music Video From Home" at the 2020 MTV Video Music Awards, and also debuted atop the Billboard Hot 100. This was Bieber's sixth and Grande's third U.S. number one single.

ABOUT SB PROJECTS:
Founded by Scooter Braun, SB Projects is a diversified entertainment and media company with ventures at the intersection of music, film, technology, brands, culture, and social good. In addition to managing a roster of some of the biggest names in entertainment, including Justin Bieber, Ariana Grande, J Balvin, Idina Menzel, Demi Lovato, Ashley Graham and Tori Kelly, SB Projects has grown their film and television division to include a robust slate of projects including the FX Network's most watched comedy series "Dave," YouTube's record breaking docuseries "Justin Bieber: Seasons," CBS's "Scorpion," Ariana Grande feature documentary "Excuse Me, I Love You" with Netflix, "Never Say Never," which remains the highest grossing music documentary in domestic box-office history and most recently, YouTube's critically acclaimed four part docuseries "Demi Lovato: Dancing With The Devil".  The company also has many projects in active development including "Trap Queen" from creator Miquel Nolla for Freeform, "Anna K" based on the best-selling novel by Jenny Lee, an untitled K-Pop film for 20thCentury Studios, and "The Undesirables" for Amazon Studios among many others.  In addition, SB Projects has a multi-year, first-look deal with Amazon Studios to develop television projects.