BOSTON, July 29, 2021 /PRNewswire/ -- Student Selin Kocalar (17) has won the seventh annual Genes in Space STEM competition. Kocalar, who attends Leigh High School in San Jose, CA, proposed to pilot a new technique for detecting waterborne pathogens on the International Space Station (ISS). Her experiment will be performed by astronauts aboard the ISS next year. 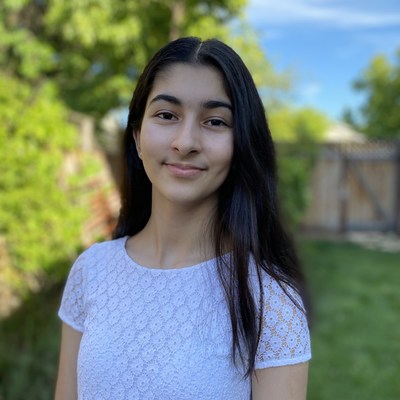 Kocalar's winning experiment proposes to use synthetic biology to test a spacecraft's water supply for bacterial contamination. The test will rely on an engineered biosensor that detects a molecule emitted by populations of disease-causing bacteria. Based on cutting-edge BioBits® cell-free protein expression technology, the test will not require specialized laboratory equipment and offers a direct visual readout, making it well-suited for use on resource-limited spacecraft. Kocalar hopes such an assay will reduce dependence on Earth-based testing facilities as spacefarers embark on increasingly long-duration missions into space.

Kocalar developed her proposal with guidance from her advisor, Dylan Barcelos, and mentor, Harvard University scientist Bess Miller. Kocalar will watch her experiment launch to space in 2022.

This announcement concludes the 2021 Genes in Space competition. Despite disruptions caused by the COVID-19 pandemic, 1,020 students across the U.S. submitted a total of 630 applications, from which five finalists were selected. Finalists presented their ideas to a distinguished panel of scientists and educators at the Genes in Space 2021 Finalist Launchpad, a three-day online event. The Launchpad concluded Thursday afternoon, as the judges announced the selection of this year's winner.

Now in its seventh year, Genes in Space invites students in grades 7 through 12 to design biology experiments that address real-world challenges in space exploration. Previous contest winners have achieved significant milestones through their experiments, including the first use of CRISPR/Cas9 gene editing technology in space. The competition was founded by miniPCR bio and Boeing, and is sponsored by the ISS National Laboratory and New England Biolabs.