"HexClad's intriguing look and design, and its hybrid technology caught my eye about a year ago," said Gordon Ramsay. "I use the pans at home, and the combination of stainless steel and non-stick functionality is amazing.  It's highly versatile and cooks exceptionally well. I'm excited to partner with the HexClad team as we expand the line of beautiful, high-quality products".

Since its launch in 2017, HexClad has sold more than 1 million units of its patented hybrid cookware in North America.  With new partner Ramsay, the brand is strategically and aggressively expanding into new territories, including the UK, EU, Australia and several other countries in 2021 alone.

HexClad's hybrid technology produces a unique stainless steel and non-stick product, providing consumers with the best of both worlds. The distinctive and patented laser-etched hexagon pattern is appealing, durable and high-performing, fit for chefs of any level. The product line currently includes pans, pots, woks, and griddles in various sizes and combined sets with prices ranging from $99 to $998. Developed to last a lifetime, HexClad is metal utensil safe, oven safe, dishwasher safe and PFOA-free.

HexClad Cookware is available nationwide at HexClad.com, Amazon and Costco.

Launched in 2017, HexClad is the only true hybrid cookware available today. Crafted with a complex patented laser-etched hexagon design, combining the best of stainless steel with a nonstick surface, HexClad is designed to last a lifetime. The durable triple layered construction allows for even heating and is compatible with all induction, gas, ceramic and electric cooktops.  HexClad is dishwasher and oven safe, scratch-resistant and free from PFOA chemicals. The brainchild of kitchen mavericks Daniel Winer and Cole Mecray, HexClad is designed and distributed in Downtown Los Angeles. The premium cookware is available nationwide at HexClad.com, Costco and Amazon. For more information, visit HexClad.com.

Renowned for highly successful and award-winning original programming, Emmy-nominated Ramsay produces TV shows on both sides of the Atlantic seen by audiences worldwide in more than 200 territories, and he is the only talent on air in the U.S. with four prime-time national network shows. He hosts and executive produces "Hell's Kitchen," "MasterChef," "MasterChef Junior" and "Gordon Ramsay's 24 Hours to Hell and Back" all on Fox, in addition to specials including 2021's "Gordon Ramsay's American Road Trip."

His multimedia production company Studio Ramsay is behind several hit shows in both the U.S. and the U.K., with a growing slate of new shows and development. Launched in 2016, Studio Ramsay was created to develop unscripted, digital and scripted programming, focusing on new formats and innovative programming as well as fostering new talent. Studio Ramsay's highly successful FOX series "Gordon Ramsay's 24 Hours to Hell and Back," was the highest rated food show of 2019, and aired a successful 2-Hour "Save our Town" Special in 2020. It's also behind "Gordon Ramsay: Uncharted" on National Geographic Channel, which airs in 172 countries and 43 languages worldwide, accompanied by a first-of-its-kind stand-alone Gordon Ramsay: Uncharted digital and print magazine. In the U.K., Studio Ramsay is behind the new BBC1 format "Gordon Ramsay's Bank Balance" which will air this winter. It also produces the BAFTA-nominated "Gordon, Gino and Fred's Road Trip" for ITV, which recently aired a Christmas Special and is in production on Season 3. The Second season of Road Trip was adapted for the U.S. in 2021 for a FOX Special as the successful "Gordon Ramsay's American Road Trip." The Studio is also behind the ITV series "The Savoy", a fixed rig of the prestigious London hotel. Studio Ramsay also has shows in various stages of production and development for the BBC, other top U.K. Broadcasters as well as key U.S. Cable outlets.

Studio Ramsay's Digital Division is behind all of Ramsay's original content on his highly successful YouTube Channel, which has made Ramsay the most subscribed chef on the platform. The 18-34 dominated channel launched the trending interview series "Scrambled" is also behind the highly successful Ramsay in 10, which went live during the global Covid pandemic and will return in 2021. Studio Ramsay Digital oversee sand creates content for all behind the scenes moments from Studio Ramsay linear programming and has also produced content for National Geographic and MasterClass. It also produces recipe content across Gordon's over 75 Million plus Social Media reach including his breakout TikTok account.

Studio Ramsay was behind the daytime cooking series "Culinary Genius," which premiered on ITV in the U.K. and syndicated on FOX stations in the U.S.; the ITV series "Gordon on Cocaine"; and FOX's "The F-Word Live With Gordon Ramsay." The highly popular children's series "Matilda and the Ramsay Bunch," starring Tilly Ramsay for U.K. children's channel CBBC, is also produced by Studio Ramsay. 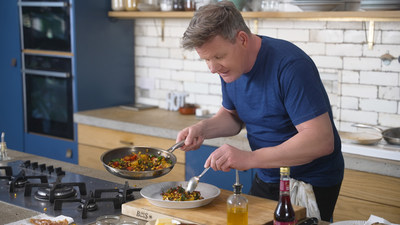 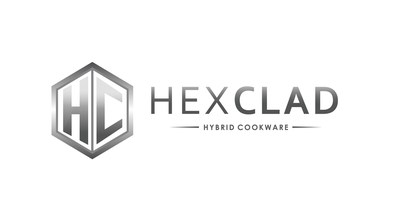