SURREY, BC, July 23, 2021 /CNW/ - A quantum ecosystem brings together business experts with industry and academia specialists from different sectors of the economy to develop new technological solutions that solve business and science problems. British Columbia has a considerable local competitive advantage in the quantum ecosystem, and is well positioned to become a world leader in the field. That's why the Government of Canada is providing $2,210,000 to support the establishment of the Quantum Algorithms Institute (QAI) to accelerate the innovation and commercialization of quantum technologies. 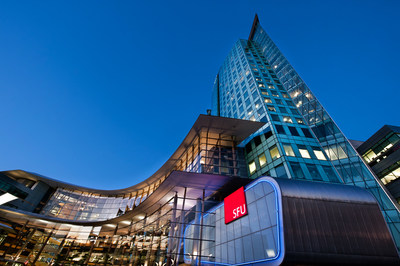 The Quantum Algorithms Institute, hosted at Simon Fraser University's Surrey campus, will be a collaborative centre aimed at attracting unique industry partnerships, growing a world leading talent pool, and developing commercial applications and adoption of quantum technologies. The Institute will use the funds to renovate a state-of-the-art physical hub to facilitate engagement, host collaborative events between industry and academia, organize quantum technology conferences for local and international players, and promote collaboration between existing quantum companies and potential new customers.

A new generation of optical and electronic devices use quantum effects to significantly enhance the performance over that of existing technologies. For example, quantum computers will be able to solve problems that the largest classical supercomputers would take thousands of years to solve, but in a fraction of the time. This technology will have significant impacts across many sectors including manufacturing, natural resources, finance, engineering, healthcare, defense, transport, telecommunications and life sciences.

By funding this project, Western Economic Diversification Canada is supporting its Digital Technology Cluster and Clean Energy Cluster priorities by accelerating innovation and commercialization of quantum technologies through unique industry, academic and government partnerships. The Government of Canada recognizes that quantum technologies represent significant innovation opportunities and Canada is well-positioned to become a global leader in the quantum industry.

"Quantum technology is a key field that will bring opportunities and talent into British Columbia. Our government's support to the Quantum Algorithms Institute is in line with our plan for a strong economic recovery, and our commitment to making strategic investments in digital technologies that will support growth and prosperity in the West."

"British Columbia has a considerable local competitive advantage in the quantum ecosystem, and is well positioned to become a world leader in the field. This project will have a positive lasting effect in the province as we gain expertise in this important sector."

"On behalf of the Institute, SFU and all partners, I would like to thank Western Economic Diversification Canada for their generous support. This funding will further contribute to the mission of the Institute in bringing academia, industry and government together, and raise awareness of the province's flourishing reputation as a leader in quantum computing."