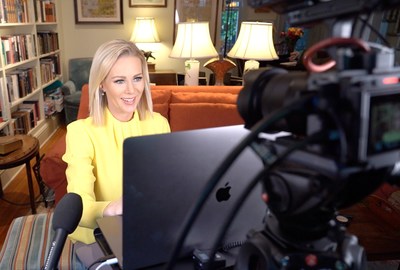 Firing Line with Margaret Hoover's weekly podcast will highlight guests who appear on the television program along with exclusive and extended audio-only content and conversations. The podcast is hosted by Spotify's Anchor platform and will be distributed on major podcast platforms, including Apple Podcasts, Google Podcasts, Breaker, Castbox, Overcast, Pocket Casts and RadioPublic. Listen to the trailer on Spotify and Apple.

"At Firing Line, we believe that civil discourse is a civic responsibility. I'm committed to putting ideas to a rigorous, yet respectful examination," says host Margaret Hoover. "Podcasting is the ideal platform to allow these vital conversations to develop even further."

"At Firing Line, we believe that civil discourse is a civic responsibility." ? Margaret Hoover

The podcast launch comes as the series prepares to enter its fourth season on PBS in July on a ratings high. Firing Line viewership increased 19% in the first three quarters of the 2020-21 season* and YouTube views increased 453% in the last six months.

"Our audience has responded to programming that sheds light and not heat, and we are looking forward to giving people more ways to consume our content,"  says executive producer Alyssa Litoff Gordon. "The podcast represents the next stage in Firing Line's multi-platform expansion."

Firing Line with Margaret Hoover airs nationwide Fridays on PBS (check local listings) and is co-produced by The WNET Group.

ABOUT FIRING LINE WITH MARGARET HOOVER

"Firing Line with Margaret Hoover" is a reprisal of William F. Buckley Jr.'s iconic PBS program. The series maintains the character of the original, providing a platform that is diligent in its commitment to civility and the rigorous exchange of opinion. Margaret Hoover is an American political commentator, author, feminist, and gay rights activist. "Firing Line" is produced by the Oscar-nominated Tom Yellin at The Documentary Group and is co-produced by The WNET Group. Executive Producer and Showrunner is Emmy-, duPont- and Murrow-winning producer Alyssa Litoff Gordon. 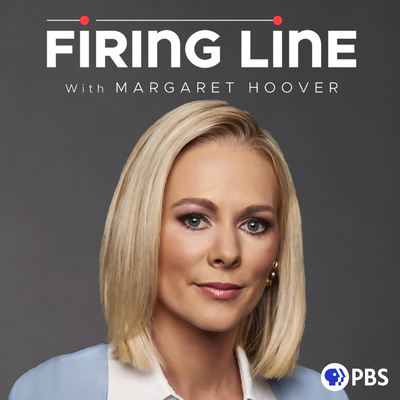