OLYMPIA, Wash., May 20, 2021 /PRNewswire/ -- The Center for Sustainable Infrastructure (CSI) and the Renewable Hydrogen Alliance announced today the release of the Pacific Northwest Renewable Hydrogen Action Plan, which offers a strategic agenda for policy, projects, and research to scale up renewable hydrogen (RH2) production and use in the region. 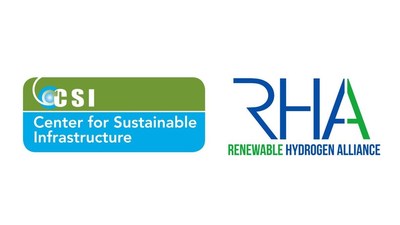 Renewable hydrogen production uses renewable electricity to create a non-polluting fuel for vehicles, vessels, industry and even homes. RH2 "stores" that electricity as a fuel that can be used in various applications and hard-to-decarbonize sectors. RH2 can provide a significant piece of the clean energy mix for the Northwest and beyond, and its production can generate jobs and economic value for the region.

"BEF has identified renewable hydrogen as a critical fuel for the electricity, transportation, and industrial sectors," said Evan Ramsey with one of the action plan's key sponsors, the Bonneville Environmental Foundation. "This molecule, derived from renewable electricity, is truly the only scalable zero-carbon fuel that can help advance our electrification and decarbonization goals."

The Pacific Northwest Renewable Hydrogen Action Plan synthesizes insights from experts and distills a set of actions that will put the Northwest on a shared path forward to build a powerhouse RH2 sector.

The Action Plan makes two calls to action, backed by input from nearly 50 thought leaders and industry experts. The first call to action is to "Lead with Projects" that produce RH2 and deliver it to customers, and the second is to "Create a 10-Year RH2 Roadmap" that lays out RH2's role in the optimized energy portfolio of the future, and the steps to get there.

"The purpose of the Action Plan is to accelerate the deployment of RH2 in the Pacific Northwest, and realize the climate, economic, environmental and social benefits that RH2 offers the region and the planet," said Rhys Roth, CSI's founder and the plan's primary author.

"We want to put a spotlight on what is already being done to advance the RH2 sector and recommend a pathway for success into the future," said Michelle Detwiler, executive director, Renewable Hydrogen Alliance.

The organizations involved in developing the plan are already undertaking significant actions to advance RH2 deployment. For example:

PACCAR is producing a limited number of hydrogen-powered semi-trucks in partnership with Toyota as a research and development project.

"Every step counts toward building a hydrogen economy," said Michael Lord, sustainability and regulatory affairs executive engineer at Toyota Motor North America. "For decades, Toyota has developed hydrogen powered fuel cell electric technology, so being part of this visionary initiative has the potential to scale hydrogen in the region; thus, benefiting the economy and creating a path toward carbon neutrality."

Douglas Public Utility District in Washington is installing a 5-megawatt electrolyzer that will use surplus hydroelectricity to power the region's first major RH2 production facility.