VICTORIA, BC, Feb. 25, 2021 /CNW/ - Canada and British Columbia have a long history of shared conservation goals and taking leadership together on climate change, environmental protection, and conservation. Now the two governments are enhancing this shared commitment by launching the development of a new bilateral Nature Agreement to strengthen conservation province wide. As part of this effort, the two governments are announcing immediate action to support ongoing efforts for the recovery of the Spotted Owl, and pilot projects using new approaches to protecting species at risk and enhancing biodiversity. The two governments will explore new ways to protect and restore habitat and strengthen ecosystem resilience to climate change. As part of our commitments to reconciliation, Canada and British Columbia will continue to work with Indigenous Peoples in these efforts. 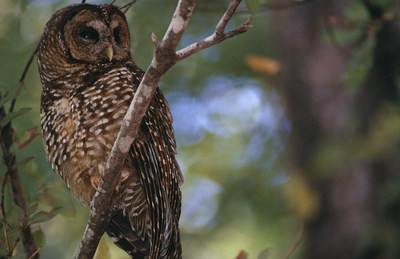 The Nature Agreement will build on collaborative measures already in place such as the Pathway to Canada Target 1 and the Pan-Canadian Approach to Transforming Species at Risk Conservation in Canada. It will include recovery measures for the Spotted Owl, including an updated recovery strategy for the species, and a strategy for the reintroduction of captive Spotted Owls to the wild. The remaining wild owls are currently nesting within Wildlife Habitat Areas, specifically protected for Spotted Owls as part of British Columbia's longstanding efforts to recover the species. Further, Ministers Heyman and Conroy are seeking a deferral of timber harvesting in the Spuzzum and Utzlius Watersheds.

"As a proud British Columbian, I know how deeply we cherish and depend on nature. Now is the time for concrete action to protect natural ecosystems and halt biodiversity loss. We are working towards protecting 25 percent of Canada's lands and oceans by 2025 and supporting Indigenous leadership in conservation to get there."

? The Honourable Jonathan Wilkinson, Minister of Environment and Climate Change

"We live in a province with unique species and ecosystems found nowhere else in the world. Protecting and promoting the recovery of threatened species is a responsibility and requires action based on collaboration. The British Columbia?Canada Nature Agreement will ensure we are working with our federal counterparts, Indigenous nations, and others to define new approaches that are supported by science and Indigenous knowledge. These first pilot projects will strengthen habitat protection for the threatened species which depend on it, such as the Spotted Owl, and help build a systemic approach to protection of biodiversity."

"On behalf of all British Columbians, this government is committed to protecting unique ecosystems and habitats that support wildlife so endangered species like the Spotted Owl have a chance at recovery."