WASHINGTON, Dec. 16, 2020 /PRNewswire/ -- On Tuesday, December 15, 2020, the Alliance for Aging Research filed an amicus curiae brief, urging the United States District Court for the Northern District of California to temporarily halt the implementation of the Centers for Medicare and Medicaid Services' (CMS) Most Favored Nation (MFN) Model interim final rule ("MFN Rule") to avoid causing severe harm to older patients across the nation. The Alliance's brief argues that the MFN Rule goes far beyond CMS' lawful authority; relies on healthcare rationing of newer treatments for terminal cancers, vision loss, and other serious illnesses to produce savings; and effectively endorses the use of discriminatory cost-effectiveness standards used by foreign governments, which is currently prohibited under U.S. civil rights laws. 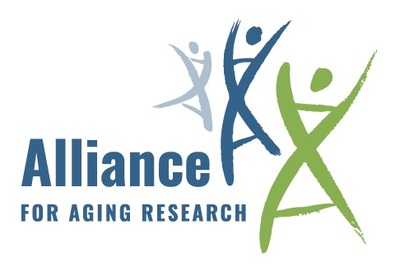 "The White House is doubling down on healthcare rationing for older adults."

"Ten months into the worst pandemic the U.S. has experienced in a century, with 80 percent of COVID-19 deaths among those ages 65 and older, the White House is doubling down on healthcare rationing for older adults," said Sue Peschin, President and CEO of the Alliance for Aging Research. "Older adults have paid their whole lives into the Medicare program to help them when they need it most. It's offensive for this Administration to essentially say 'too bad' and take away their treatments. We trust the court will agree."

The MFN Rule bases the purchase price for 50 prescription drugs paid for by Medicare Part B on the lowest cost found in comparable Organisation for Economic Co-operation and Development (OECD) countries. The Alliance's brief argues that:

Additionally, the MFN Rule would effectively endorse the use of discriminatory cost-effectiveness standards often used by the very OECD countries from which the MFN prices are taken. Many of the countries referenced in the MFN Rule, including the United Kingdom and Canada, make drug reimbursement and coverage decisions based on cost-effectiveness assessments measured in quality-adjusted life-years, or QALYs. These QALY assessments assign a financial value to the patients for whom a given treatment is intended. When applied to healthcare decision-making by insurance companies, this can mean that people who are sicker, older, and/or have disabilities are deemed "too expensive" to receive care.

In 2019, the National Council on Disability, an independent federal agency, published a report on QALYs that explicitly called on the Trump Administration to rescind its earlier International Pricing Index proposal, the predecessor policy to the MFN Rule, because it would rely on prices set internationally using discriminatory metrics of value.

The Alliance advocates on behalf of all older Americans and therefore has a deep interest in the outcome of this matter. As a result, the Alliance filed this brief so that the court will be apprised of the irreparable harm that the MFN Rule will cause for older adults.

The Alliance thanks David Farber and Christine Carletta from King & Spalding for serving as the Alliance's pro bono counsel on this effort.

About the Alliance for Aging Research

The Alliance for Aging Research is the leading nonprofit organization dedicated to accelerating the pace of scientific discoveries and their application to vastly improve the universal human experience of aging and health. The Alliance believes advances in research help people live longer, happier, more productive lives and reduce healthcare costs over the long term. For more than 30 years, the Alliance has guided efforts to substantially increase funding and focus for aging at the National Institutes of Health and Food and Drug Administration; built influential coalitions to guide groundbreaking regulatory improvements for age-related diseases; and created award-winning, high-impact educational materials to improve the health and well-being of older adults and their family caregivers. For more information, visit www.agingresearch.org.