CHICAGO, Nov. 25, 2020 /PRNewswire/ -- After a coast-to-coast search, The Second City is pleased to announce Jon Carr has been selected as the legendary comedy institution's new executive producer, effective December 15, 2020. Los Angeles?born Carr most recently was artistic director for Dad's Garage Theater in Atlanta, Georgia. A seasoned improviser, performer, and award-winning playwright with nearly 20 years of industry experience, he has been part of Atlanta's creative community for more than 15 years, where, among his many creative accomplishments, he held the position of audience development manager at Alliance Theatre and founded United Atlanta Improv to help improv theatres around the city come together through collaborative works. With his Dad's Garage improv group "Dark Side of the Room," Carr has worked with the Center for Civil and Human Rights, performing across North America. His original play Black Nerd was awarded the 2018 Suzi Bass Award for Best Original Play. Carr holds a degree in marketing and business administration from Georgia State University. 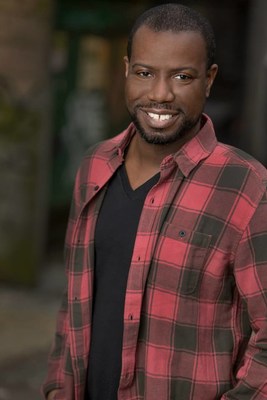 "The Second City has been an improv, comedy, and cultural institution speaking truth to power for decades, and that will continue," Carr said. "I look forward to being a champion for all voices to be authentically amplified and, of course, funny as hell."

As executive producer of all three locations in Chicago, Toronto, and Hollywood, Carr will oversee all of The Second City's creative work across its theaters, educational programs, and business services, as well as the company's pivot to streaming performances and online classes.

Carr succeeds Anthony LeBlanc, who served as The Second City's interim executive producer in June. LeBlanc will return to his role at Nickelodeon in Los Angeles, where he has been an acting coach since 2018. "We are lucky to have found someone like Jon. He's the perfect combination of hilarious performer and artistic leader who not only has a deep knowledge of comedy and collaborative work, but also a new and fresh perspective that will lead Second City towards a bright future," said LeBlanc.

"Jon Carr is the perfect person to navigate The Second City through this exciting time with all the humor, artistic vision, and flexibility required...and that's what improv is all about," said Steve Johnston, Second City president. "As we move forward, we build on a more than 60-year legacy that brings us to a brand-new chapter for the company, filled with promise and possibilities."

Carr will be based in Chicago. He will be joined by his partner Annie Davis and looks forward to making homeschooled kids like himself proud.