Le Lézard
Classified in: Tourism and vacations, Business, Covid-19 virus
Subjects: PER, FOR

MANAMA, Bahrain, Nov. 25, 2020 /PRNewswire/ -- The Government of Bahrain has announced the nomination of Her Excellency Shaikha Mai bint Mohammed Al Khalifa, President of the Bahrain Authority for Culture and Antiquities, for the post of Secretary General of the World Tourism Organization (UNWTO). The nomination reflects H.E. Shaikha Mai's numerous achievements in supporting cultural conservation and sustainable tourism. 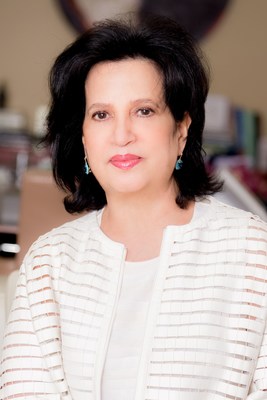 H.E. Shaikha Mai's candidacy for the position of Secretary-General of UNWTO comes as the tourism sector is going through significant challenges caused by the Covid-19 pandemic.  The UNWTO and appointed Secretary General is expected to lead global efforts for the recovery of the sector.

Commenting on the nomination, H.E Shaikha Mai said: "I am humbled to be nominated as the Secretary General of the UNWTO. The contributions of the tourism sector in supporting economic development cannot be underestimated, it has the power to alleviate poverty, support local industries and enhance education and healthcare systems."

"I have been fortunate to contribute to the growth of the cultural sector in Bahrain and have seen first-hand the impact it has had in enhancing tourism and developing cross-cultural understanding.  As we look toward post-pandemic recovery, we must continue to support sustainable tourism to drive socio-cultural progress and achieve greater economic prosperity."

Under H.E. Shaikha Mai's guidance Bahrain's cultural infrastructure has received international recognition which has contributed to cementing the Kingdom's status as a cultural hub. Several of the projects led by H.E. Shaikha Mai have contributed to stimulating urban development, providing job opportunities, and attracting investors and visitors, including:

H.E. Shaikha Mai has been widely recognised as a pioneering figure in the Arab cultural scene. She is the President of the Bahrain Authority for Culture and Antiquities, Chairperson of the Board of Directors of the Arab Regional Centre for World Heritage (ARC-WH), and, Founder and Chairperson of the Board of Trustees of the Shaikh Ebrahim bin Mohammed Al Khalifa Center for Culture and Research.

Since 2008, she has held several official positions, including Assistant Undersecretary for Culture and National Heritage, Minister of Culture and Minister of Information, where she was the first woman to hold the position.

She has launched a variety of annual cultural and tourism initiatives such as the Spring of Culture and Bahrain Summer Festival. Her achievements in advancing the cultural infrastructure in Bahrain have been recognised regionally and internationally. In 2010, H.E. Shaikha Mai was the first laureate of the Colbert Prize for Creativity and Heritage, and in 2017, UNWTO appointed her as the Special Ambassador of the International Year of Sustainable Tourism for Development. H.E. Shaikha Mai has also been recognised by the Arab Thought Foundation where she received the Social Creativity Award.

H.E. Shaikha Mai is the recipient of many distinguished awards, not least the Chevalier de la Légion d'Honneur, the Watch Award of the World Monuments Fund and the Colbert Prize for Creativity and Heritage. Mai Al Khalifa is also recognised as an outstanding leader of organisations within both the governmental and non-governmental sectors, having received the 'Distinguished Arab Woman in the field of Administrative Leadership' prize from the Center of Woman Studies, Paris, in 2004 and the Arab League prize for Administrative Competence and Excellence.