"From the outset Firefly chose to utilize 21st century materials and manufacturing processes in our spacecraft and rocket designs. Metallics were the most prevalent aerospace material of the last century; composites, which are stronger and lighter than metallics, are the choice for modern aircraft. Firefly's Alpha is the world's largest all-carbon-fiber liquid fueled rocket," said Firefly CEO Dr. Tom Markusic. "High speed, robotic, large-scale automated fiber placement (AFP) machines, like those produced by Ingersoll Machine Tools, are now widely utilized in the aircraft industry. These machines essentially allow you to 3D print composite structures of very large dimensions (e.g., commercial aircraft), something that is significantly more challenging with metallic 3D printing. Given that we can simply purchase machines which have been developed and proven by the aircraft industry and immediately achieve major cost, weight, and production time savings, it's obvious to us that AFP is the most efficient and cost-effective approach to future rocket production. Firefly intends to pass those savings on to our customers."

Firefly will install the first of two planned AFP systems in May 2021 at its manufacturing and test facility in Briggs, Texas, where Alpha will be requalified using AFP manufacturing processes. Firefly's new Florida Space Coast factory and launch site at Cape Canaveral will house the second automated assembly line beginning 2022 and will ultimately be capable of producing an estimated 24 Alpha rockets per year, with the Briggs plant switching to automated developmental builds of the larger Beta launch vehicle.

Firefly will leverage the same AFP that leading aerospace companies are increasingly using to more efficiently manufacture the latest composite airframes for commercial airliners and government aircraft and fighter jets, ranging from the Boeing 787 and Airbus A350 to F-35s. Once up and running at capacity, Firefly's AFP system will fabricate all carbon-fiber structures of an Alpha rocket, including barrels, fairings, domes, and payload components, in as little as fourteen days.

Firefly's new automated rocket factories will produce a broad range of benefits, including a 30-50% reduction in composite materials waste, increased repeatability, reduced touch labor and build times, and a tailored and optimized structure that further reduces weight and overall costs.

"Ingersoll is thrilled to bring our vast experience in automated composite manufacturing and robotics across the aerospace industry into the world of space rocketry and exploration with Firefly," said Chip Storie, CEO of Ingersoll Machine Tools. "Ingersoll has played an important role in enabling breakthrough airframe production for major aircraft designs around the world, including the 787 and A350, and we look forward to supporting Firefly and its innovative approach to the efficient and cost-effective production and further development of its Alpha, Beta, and future spacecraft."

"As Firefly approaches our first Alpha launch, our focus is transitioning to scaling our operational capabilities to meet the fast-growing commercial, government, and scientific mission demand for space access with the lightest, strongest, fastest built precision-made rocket in the industry," added Dr. Markusic. "The integration of Ingersoll's factory automation technology into our production lines in Texas and Florida represents a major investment in our future as a company and in the future of the cis-lunar space economy."

Firefly is developing a family of launch and in-space vehicles and services that provide industry-leading affordability, convenience and reliability. Firefly's launch vehicles utilize common technologies, manufacturing infrastructure and launch capabilities, providing LEO launch solutions for up to four metric tons of payload at the lowest cost/kg in the small-lift class. Combined with Firefly's in-space vehicles, such as the Orbital Transfer Vehicle and Genesis Lander, Firefly provides the space industry with a one-stop shop for missions to the surface of the Moon or beyond.  Headquartered in Cedar Park, TX, Firefly is financed by Max Polyakov's Noosphere Ventures of Menlo Park, CA.

Ingersoll Machine Tools Inc is a leader in advanced manufacturing processes and a global supplier of additive and subtractive machine tools for the aerospace, defense, energy and all heavy industrial sectors. The Ingersoll product lineup includes MasterMilltm, PowerMilltm and SuperProfilertm for accurate, reliable, high-speed milling and trimming of large, complex-geometry parts made of aluminum, titanium and hard metals; Mongoosetm and Mongoose Hybridtm, for the composite manufacturing of aircrafts', rockets' and vessels' structures; MasterPrinttm, the largest existing thermoplastic 3D printer, capable to produce extra-large, hollow, parts in a single piece for the aerospace and the marine sectors. Ingersoll runs these very same machines at its Development Center to manufacture key-components for many aerospace and defense programs. Together with Innse-Berardi (Lombardy, Italy), Ingersoll is part of the Camozzi Machine Tools division of the Camozzi Group. With 40 subsidiaries in 75 countries, 2950 employees, 5 operating divisions and 23 production sites, the Camozzi Group is a global leader in the supply of components and systems for industrial automation and operates in other strategic sectors: Automation, Manufacturing, Digitalization and Textile Machinery. 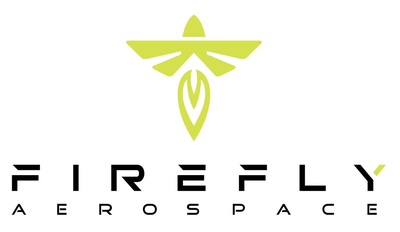