Cayman Kelly - the National Voice of ESPN and NFL Monday Night Football - Releases New Autobiographical Book as Hopeful Message to Others: 'From $6 an Hour to a Million Dollar Dream'

WASHINGTON, Oct. 2, 2020 /PRNewswire/ -- Cayman Kelly announces the release of his autobiographical story, "From $6 an Hour to a Million Dollar Dream." The popular voice-over artist wrote the inspirational tale and workbook to reveal the path of his rise from minimum-wage worker to becoming the national voice of ESPN and NFL Monday Night Football. Kelly's story is filled with humor, hope and his own brand of stylish confidence, always illustrating the importance of keeping one's feet firmly planted on the ground, with a gaze lifted up to the stars. Kelly continues to work with some of the greatest legends in entertainment, and steadfastly maintains anyone can realize their dream just as he did ? by remaining dedicated to the calling that burns in their hearts. The book is available for purchase on Amazon.com. Synopsis: From humble beginnings as a teenaged volunteer at a radio station, to one of the most recognized voices in the nation, Kelly now has over 20 years of experience as a voice artist and radio host, including a national show on Sirius XM's Heart & Soul. Kelly's book helps guide readers on how to set their own goals, take positive action, and begin building a network of support to last a lifetime. Throughout his narrative, Kelly tackles the important task of explaining how to deal with the haters and naysayers, all while staying true to one's own unique gifts and purpose. And most importantly, Kelly helps readers define and understand the true meaning of success, which includes learning from and leveraging life's inevitable failures.

"A thought is just a thought, unless placed into action. You gotta go at it to get satisfaction." ?Cayman Kelly

"Reading Cayman's book solidifies what I already knew: that he's one of the most positive, uplifting people in the radio business. His positivity and hustle are his super powers and if you read closely, he tries to share those powers with you. I'm honored to know you, Cayman, and I'm taking notes!" ? Wayne Brady (Actor, Comedian, Singer, Game Show Host)

"I've always been a fan of Cayman Kelly's work on the radio and I'm glad to know him personally. What a treat to read his new book and find he's also a great writer. Drawing on his many years of experience, filled with anecdotes featuring a who's-who of stars, he's written an inspiring, entertaining and practical book to help find your path to success." ? Boney James (Saxophonist)

"Cayman is a wise man, and I love when honest men talk. You will always get an honest perspective on real life; helpful jewels that we ALL can apply! It's sincere and it really wants to show us all, based on his story, how to not only be successful, but learn how to make it last." ?Shawn Stockman (co-founding member of Boyz II Men)

About Cayman Kelly: The National Voice of ESPN and Monday Night Football

Cayman Kelly is a multimedia professional, host, actor, author, radio personality and leading voice-over artist known for his smooth and contemporary prime-time sound. Kelly began his promising career as a voice-over artist for BET, and has since created a wide variety of materials for television promos, including TV Land, TV One, Cartoon Network, Bounce TV and others. His catalog of hosted events and voice-overs is long and distinguished, including multiple major music festivals, like Essence, Capital Jazz, St. Kitts, Bermuda, and U Street; a voice performance for "Grand Theft Auto V"; served as emcee for performances by India Aria, Jennifer Hudson, Bobby Brown, Patti Labelle, Alicia Keys, and more; and interviews with Jamie Foxx, Mo'Nique, Janet Jackson, and Mary J. Blige. Kelly is also the imaging voice for multiple radio stations, including POWER 105.1 in New York, top-rated morning show, "The Breakfast Club," and an on-air personality for popular national Radio show on SiriusXM's Heart & Soul. Recently, Kelly was chosen as the new voice for ESPN Radio and NFL Monday Night Football. Learn more about his life and work at: www.CaymanKelly.com. 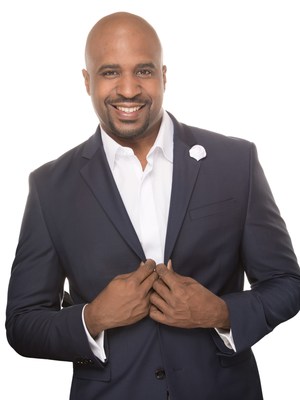