Statement by the Family of Donald M. Kendall

PURCHASE, N.Y., Sept. 20, 2020 /PRNewswire/ -- "Donald M. Kendall passed away peacefully last night, September 19.  He was 99 years old and died of natural causes, at home with his wife of 55 years and surrounded by the large and thriving family he shepherded. 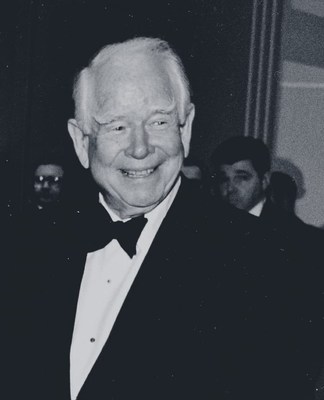 Our family is heartbroken, but also incredibly proud of the truly epic life he led. From the dairy farm in Washington where he was born and grew up, he went on to serve his country with distinction as a Naval aviator in World War II and then joined the Pepsi Cola Company as a management trainee and route salesman. The fact that he climbed to the top and grew PepsiCo into the global enterprise it is today is a fitting testament to his legendary work ethic, drive, optimism, competitive spirit and love of people. He believed passionately in the ability of commerce and relationships to bridge cultures and heal divides. Bringing Pepsi to the Soviet Union as the first Western consumer product sold there, and following up with the historic openings of China, India, Iran and many other countries to trade is probably his proudest legacy.

Our family is planning to hold a small funeral in the coming days and a memorial service to celebrate his life after the pandemic is under control. We ask that donations be made in lieu of flowers to the Carroll C. Kendall Boys & Girls Club in Sequim, Washington, which he built in honor of his father."