NEWARK, Del., Sept. 18, 2020 /PRNewswire/ -- Robert W. "Bob" Gore, chairman emeritus of the board of directors of  W. L. Gore & Associates, a global material science company dedicated to improving lives through advancements in technology, passed away on September 17 at the age of 83. 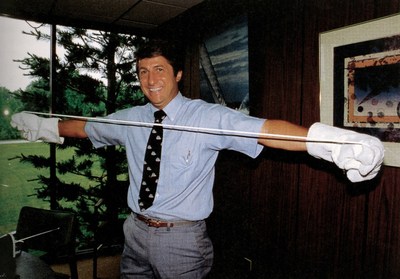 Bob Gore, whose scientific discoveries spawned GORE-TEX® Outerwear and paved the way for advancements in industries as varied as performance fabrics, medical devices, space exploration and filtration, assumed the chairman emeritus role in 2018 after 57 years of service on the Gore board, 30 of those as chairman. Bob also served as president of Gore from 1976 to 2000.

During his tenure as president, Gore became a billion-dollar enterprise. Marking the occasion in 1996, Bob said, "We plan to leave a legacy to society and to future generations: infants with surgically reconstructed hearts that live because of our medical products; governments of free societies that are better able to protect themselves because of defense products; communities with cleaner and healthier environments because of our filtration and sealant products; And yes, people that just have more fun in the outdoors because of our GORE-TEX® Outerwear."

Bob's commitment to research and development led to his 1969 discovery of a versatile new polymer form, expanded polytetrafluoroethylene (ePTFE). The introduction of this groundbreaking new material opened a world of possibilities for products and further innovations. The substance provided myriad new product applications including GORE-TEX® Fabrics, the world's first waterproof breathable outerwear and a product that through the years has become synonymous with the outdoors.

Bob's ePTFE innovation came about at a period in the late 1960s when the big research challenge for Gore was to develop products for computing, space exploration and defense. Trends in electronics at that time made it clear that miniature integrated circuits were the wave of the future and that less cable would be needed as computers became smaller.

One night in October 1969, Bob was researching a new process for stretching extruded PTFE into pipe-thread tape when he discovered that the polymer could be "expanded." The discovery followed a series of unsuccessful experiments in which he was attempting to stretch heated rods of PTFE by about 10 percent.

As it turned out, the right conditions for stretching PTFE were counterintuitive. Instead of slowly stretching the heated material, he applied a sudden, accelerating yank that unexpectedly caused it to expand to nearly 1000 percent. This resulted in the transformation of solid PTFE into a microporous structure that was mostly air.

Continued advancement in the technology and application of ePTFE enabled Gore to deliver groundbreaking solutions to a wide array of industries. Today, ePTFE is at the heart of products found everywhere from the depths of space to the inner workings of the human body. Along the way, Bob would be awarded nine patents for his work with fluoropolymers. He was elected to the National Academy of Engineering for his technical achievements and in 2006 was inducted into the National Inventors Hall of Fame.

Through his long career, he received many additional honors, including the Society of Plastics Engineers John W. Hyatt Award for benefits to society through the use of plastics and the Perkin Medal for innovation in applied chemistry resulting in commercial development from the Society of Chemical Industry (American Section). Bob also was an active member of the American Chemical Society and the 2019 Carothers Award recipient (Delaware Section).

While still in transition, Bill and Vieve purchased land in Newark, Delaware, and started building a house with help from Bob and the rest of the Gore family. Bob led a rather ordinary teenage life, playing trombone, participating in athletics, and serving in student government.

Like his father, Bob was a born entrepreneur. As a sophomore in college, he solved an early technical challenge that helped kick start his parents' company which was founded in 1958 in the basement of their Delaware home.

With a focus on exploring the untapped potential of the fluoropolymer PTFE, Gore served the wire and cable industry during its early years. In 1969, the company's cable technology landed on the moon as part of the historic Apollo 11 mission.

A Mentor to Others

In 1976, Bob succeeded his father as president and CEO of Gore. Under his leadership, the company's technological achievements flourished. "Bob Gore appreciated that innovation can arise from many different places if entrepreneurial spirit is encouraged and fostered," said current Gore CEO Jason Field. "Innovation as activity, doing things with your hands, experimenting, testing and observing, was instilled in our Enterprise consistently and productively throughout Bob's tenure as both president and chairman."

Bob also instilled focus and discipline into the innovation process, allowing the company to remain competitive in an increasingly complex, global business environment. His unequivocal promise that "our products will do what we say they will do" transformed Gore into a world-class product leadership enterprise.

"Gore Associates ranging from engineers to marketers considered Bob a leader, a mentor and a contributor to their personal success and the success of the Enterprise," Field said. "I am sure I speak for all Associates when I say I grew as a leader through Bob's guidance. His passion for the quality and performance of our products and his incisive questions and insights shaped not only the culture of our technology efforts but the values at the core of who we are."

Bob also strongly believed in nurturing the growth of future scientists and engineers in his community. He served as a trustee of the University of Delaware Research Foundation and a member of the school's board of trustees.

Bob's nephew, current Gore board chair Bret Snyder, commented on his uncle's legacy. "Bob's innovative spirit shaped our Enterprise from the very beginning, paving the way for W. L. Gore & Associates to improve lives and industries. We will continue to build on his legacy with a commitment toward breaking new ground and developing solutions that make the world a better place."

Bob is survived by his wife Jane and a large family of children, grandchildren and great-grandchildren as well as four siblings (Susan Gore, Ginger Giovale, David Gore, Betty Snyder) and extended family.

Memorial plans are yet to be announced.

W. L. Gore & Associates is a global materials science company dedicated to transforming industries and improving lives. Since 1958, Gore has solved complex technical challenges in demanding environments ? from outer space to the world's highest peaks to the inner workings of the human body. With more than 10,500 Associates and a strong, team-oriented culture, Gore generates annual revenues of $3.7 billion. 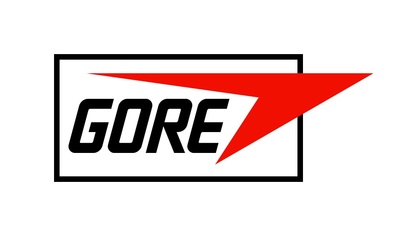