ENCINITAS, Calif., Sept. 8, 2020 /PRNewswire/ -- The book "Johnny Rock-Tales From The Road" released in 2016 by Musician/Author Tate Sanderson aka. Johnny Rock is a biography of his life as a musician all about having a dream and following it through the unbelievable moments/ hardships as a musician; living, writing, recording, performing, record deals, endorsements, touring, interviews, MTV and the fans...Now in 2020 the movie has arrived and it's FREE on YouTube #NowPlaying.  Subscribe to the channel www.youtube.com/c/jarprstudios  or the website  www.jarpr.com

"The Hotdog on a Stick Song's video is hilarious and the tune really rocks with an exceptional guitar solo," said Michael Hornsman (freelance journalist).

Promotions: Johnny Rock Band current singles include; "Hotdog on a stick song", "Back in Encinitas", and new release "I Need Another Alesmith" are receiving applaud, thousands of views on YouTube, and a growing fan base on select commercial and all internet radio, including Spotify, I-Tunes, etc... and the E-Book is available on Amazon/Kindle with a 5 star rating.

Growing up in Encinitas raised on music, art, surfing and avocados. Tate Sanderson aka. Johnny Ale Rock, "if you knew him, you never saw him without a guitar or with a haircut." Graduation day from High school he rolled out of town Hollywood bound. A dream, a guitar and a lot of ambition tossed him onto the highway of life, touring the USA, Mexico and over in Japan. MTV used to play music videos back in the day and there was Tate on Head-bangers Ball in rock group Dirty Looks on Sony/Rockworld Records. The video "One Bad Leg" was filmed in Encinitas and Del Mar.

Tate has played with musicians from bands including; Dirty Looks, Iron Butterfly, Tesla, Fishbone, Black Flag, The Motels, and many more... His endorsement sponsors include; Dean Guitars, Carvin, Orange Amps, Jim Dunlop, Sabine. Johnny Rock Band has over 50 videos now playing on YouTube, Vimeo, Daily Motion, Facebook and a large list of songs out on select commercial and all on-line radio stations/music stores with new singles being released monthly. 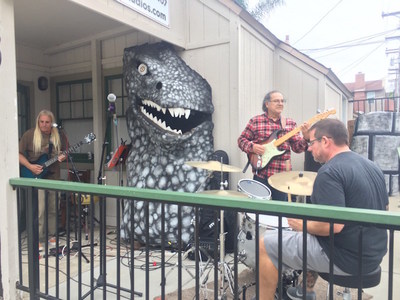 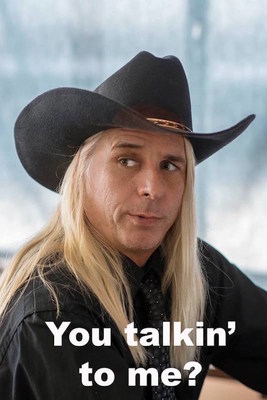