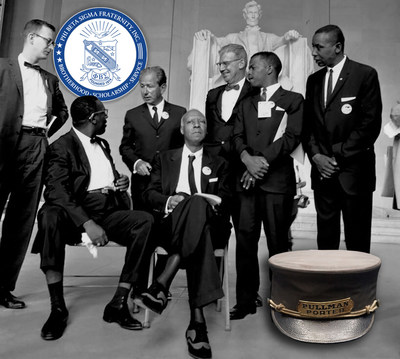 COVID-19 has devastated thousands of small businesses and museums among them. The men of Sigma stepped up to do their part, by launching a regional membership Drive for the museum. August 25, marked the 95th anniversary of the Brotherhood of Sleeping Car Porters (BSCP), the first Black Labor Union, chartered under the American Federation of Labor? founded by esteemed Sigma fraternity brother A. Philip Randolph. The membership drive will run through December 2020, and will support the museum's COVID-19 recovery. The unique institution is small ? with a powerful influence that crosses age, racial and economic boundaries. Museum founder Dr Lyn Hughes said, "yes this is a regional focus but is something that warrants national attention."

The month of August is not only the founding anniversary month for the BSCP, the first Black union founded by A. Philip, the museum namesake, but it is also the anniversary month of the 1963 March on Washington, whose architect was none other than A. Philip Randolph, a premier labor organizer.

What is even more interesting?the museum recently established the A. Philip Randolph Advocacy training program division. "That is of major significance to us," says David A. Turner, Director Great Lakes Regional of Phi Beta Sigma, "particularly during this time. Sigma's Great Lakes Region is where the bulk of the civil unrest, largely organized by young people, has taken place," Turner said. David Peterson, President of the of NAPRPP Museum, says, "Their hearts and spirits are in the right place, but they lack the organizing skill required to obtain the desired results." It is documented over the years that A. Philip Randolph mentored and advised numerous budding organizers who ultimately gained national recognition for organizing, among them being a young activist, John Lewis, who would also later become a member of Phi Beta Sigma Fraternity. It seems appropriate to launch a National membership drive during the month of August. We call upon you to join us in this COVID-19 Recovery Initiative.