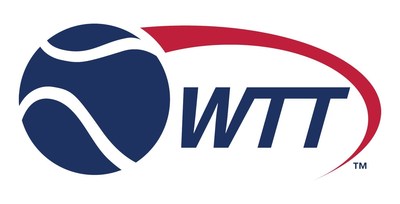 The previous viewership record for World TeamTennis was 484,000, also on CBS Television Network, which occurred on July 19 of the 2020 WTT regular season when the Washington Kastles, featuring Venus Williams, defeated the Vegas Rollers, led by Mike and Bob Bryan, 24-18.

"By almost all metrics this has been the most successful season in World TeamTennis history," said WTT CEO Carlos Silva. "I can't thank our partners, sponsors, WTT staff and the players and coaches enough for helping us responsibly bring tennis back in front of fans during these challenging times. Without this team effort, with safety our number one priority, we would not have been able to complete this season and crown a champion."

The league completed 822 COVID-19 tests of all players, coaches, trainers, WTT staff and media covering the three-and-a-half week season at The Greenbrier Resort in West Virginia, all returning negative results for those participating in the event. In all, three COVID-19 tests were given: pre-arrival, arrival and midseason.

The season was unlike any other in the league's 45-year history, with all nine participating teams staying in one location versus playing matches across the country in their home venues. Additionally, the league permitted up to 500 fans to attend its matches held at Center Court at Creekside, Greenbrier's 2,500 seat outdoor venue.

The season featured more television and online exposure than ever before for WTT. The playoffs aired exclusively on CBS Sports with the WTT Finals on CBS Television Network and both Semifinals airing exclusively on CBS Sports Network, which also aired 13 WTT regular season matches. The WTT 63 match regular season included first time broadcast/digital partnerships as well with 15 matches on ESPN2 (10 on ESPN+, which aired matches last season), 19 on Tennis Channel and five matches that streamed exclusively on the CBS Sports app and Facebook Watch.