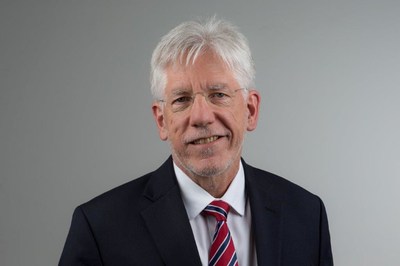 Eibner, a human rights activist who has gained international recognition for his work in conflict zones including Sudan and Syria, replaces long-standing president of the international management, Herbert Meier.

In his 30 years working for CSI, Eibner has pioneered the organization's frontline human rights and humanitarian activity on behalf of existentially threated Christians and other religious minorities, especially in Nagorno Karabakh, Sudan, Iraq and Syria.

Responding to his election, Eibner said: "Religious persecution is more widespread and violent than ever before. My goal is to intensify CSI's special campaigns for genocide prevention in Nigeria, and for the preservation of religious pluralism in Syria. CSI's voice must become more impactful in the promotion of religious freedom and human dignity, especially in strategically important countries like Saudi Arabia, Turkey and China."

Eibner will continue in two other functions, as director of CSI Switzerland and the president of CSI's USA affiliate.

John Eibner has a PhD in history from the University of London. His writing has been published by the New York Times, The Times and The Independent and broadcast by the BBC. His biography can be accessed here:  https://middle-east-minorities.com/speakers/john-eibner/

The International Council thanked Meier for his commitment to CSI and his vital role in ensuring the fulfilment of its mandate to act in solidarity with Christian and other victims of religious persecution.