Together, they commit to promoting diversity and inclusion, equality and tolerance in the world of Hockey.

MONTREAL, July 21, 2020 /CNW Telbec/ - CCM Hockey, a leading designer, manufacturer and marketer of hockey equipment and related apparel, is pleased to announce its endorsement agreement of Akim Aliu, former NHL Hockey player, founder of the Time to Dream Foundation and co-chair of the newly formed Hockey Diversity Alliance. Together, they will work to eradicate racism and intolerance at all levels of hockey. 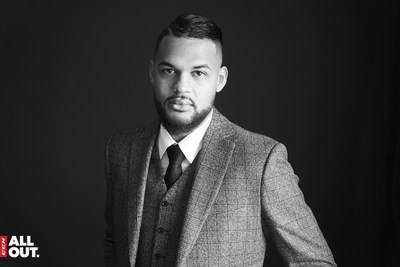 "The game of Hockey is about courage, commitment to a higher goal, as well as to one another ? no matter race, gender or sexual orientation. It is a game that teaches work ethic, determination, builds grit, and fosters growth in leadership, teamwork, and cooperation, for all who chose to play. Diversity and inclusion are the high ideals we seek to drive with this initiative", said Rick Blackshaw, CEO of CCM Hockey.

CCM Hockey is committing to focus its charitable and marketing efforts towards The Time to Dream Foundation and The Hockey Diversity Alliance to actively be part of the change hockey needs. The strong beliefs that both charitable organizations and its founding members provide, including Akim Aliu, inspire everyone that the sport of hockey touches.

"The sport of Hockey is a mindset, not a demographic. Hockey is an attitude, not an age. Hockey is a leader, not a gender or race", adds Blackshaw.

CCM Hockey will be supporting the Time to Dream Foundation and The Hockey Diversity Alliance through both a financial contribution and more importantly through the donation of 750 complete starters kits for those looking to start playing hockey in underprivileged communities across North America. Starter kits include all the necessary gear to learn to play hockey, providing accessibility and promoting a diverse path forward for these children. Akim himself will be involved in mentoring and coaching some of these children so they can see the dream. The goal is to make the game of hockey more accessible, diverse and inclusive and help develop the players of the future.

"It's our responsibility to help shape the future of the game that we love by always doing what's right. Actively promote Hockey diversity, support each other on and off the ice", said Caroline Losson, CMO of CCM Hockey.

"I'm honored to be joining the CCM family with this partnership. Over my 11 year pro career, the team at CCM has always gone above and beyond to make sure I was ready to hit the ice. Now the conversation is bigger than hockey and sports as a whole. The conversation of race and equality is at the forefront, and with the opportunity to help underprivileged communities, CCM has committed to doing their part by putting significant resources behind me and the fight for justice. I'm grateful for their commitment to bring about true and meaningful change that the game of hockey and society desperately need", said Akim Aliu.

Akim Aliu is a former NHL athlete and current professional hockey player. Having battled racism and intolerance throughout his entire playing career, Akim has made it his mission to build programs and partnerships that create a more diverse and inclusive game. He is the founder of the Time to Dream Foundation, as well as a co-founder and member of the Hockey Diversity Alliance.

About The Hockey Diversity Alliance

The Hockey Diversity Alliance's mission is to eradicate racism and intolerance in hockey. As a force for positive change, not only within the game of hockey, but also within society, it will promote diversity at all levels of the game through community outreach and engagement, as well as work to make the game more affordable and accessible to all.

About The Time to Dream Foundation

Time to Dream Foundation aims to make youth sports, including the game of hockey, more diverse, inclusive, affordable and accessible to all, regardless of race, gender and socioeconomic background. Additionally, Time to Dream is strongly focused on promoting equality and tolerance not only within sports, but also within society, while advocating for civil rights and fairness. By removing barriers to participation, Time to Dream leverages the sporting experience to help youth achieve success in life. For more info, visit: https://torontofoundation.ca/time-to-dream-foundation

CCM Hockey is a leading designer, manufacturer and marketer of hockey equipment and related apparel. With its headquarters located in Montreal, the company has operations in Canada, the United States and Europe. CCM Hockey equips more professional hockey players than any other company, including superstars like Connor McDavid, Matt Dumba, Sidney Crosby, Seth Jones as well as key female players such as Brianna Decker, Kendall Coyne-Schofield and Sarah Nurse. CCM Hockey is also the official outfitter of the American Hockey League, the Canadian Hockey League, and several NCAA and National teams. For more info, visit: www.ccmhockey.com.