COLUMBUS, Ohio, June 26, 2020 /PRNewswire/ -- Recording superstar Lady Gaga selected The Marsha P. Johnson Institute to take over her Instagram account and called on her 42.5 million followers to advocate for Black transgender women to help end the daily fight they endure against systemic racism. This date signifies the 50th anniversary of the first Pride march, led by trans women of color, a year after the 1969 uprising at the Stonewall Inn. Decades later, The Marsha P. Johnson Institute continues to advocate for justice and equality. 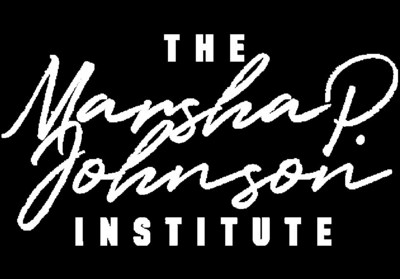 On June 28, 2020, Elle Hearns, founder and executive director the institute, will use this generous opportunity to familiarize people with trans rights activist Marsha P. Johnson, and her work on behalf of Black transgender people. Until her tragic death in 1992, Marsha P. Johnson also was a self-identified drag queen, performer and survivor, in addition to being a prominent figure in the Stonewall uprising of 1969. Marsha went by "Black Marsha" before settling on Marsha P. Johnson. The "P" stood for "Pay It No Mind," which is what Marsha would say in response to questions about her gender. It is the consideration of who "Black Marsha" was that inspired The Marsha P. Johnson Institute.

The institute was also founded in response to the high rate of murders of Black trans women and women of color. In addition, the institute works tirelessly to fight against the exclusion of this community in social justice issues, namely racial, gender and reproductive justice, as well as gun violence.

In 2019, Human Rights Campaign (HRC) advocates tracked at least 27 deaths of transgender or gender non-conforming people in the U.S. due to violence, the majority of whom were black transgender women. In 2020, 15 trans women have already been murdered. Statistics prove transgender women of color are disproportionately victims of violent death, in addition to racist, sexist, homophobic and transphobia bias.

"As the world continues to make their voice louder on the topic of racial and social injustice in our country, The Marsha P. Johnson Institute is honored to lend our voice to the millions of followers on Lady Gaga's Instagram," said Elle Hearns, founder and executive director. "We never imagined Ms. Johnson's life work would reach so many and we only hope they will listen and put their power behind advocating for Black trans women."

"I support the unsupported voices of the Black community and I wish for their voices to be heard loudly and clearly, and that they feel loved and amplified by allies," said Lady Gaga, one of many influential artists who have selflessly given their online platform during this movement to those needing to share their message with a larger audience. "I encourage my followers to learn about the important work these organizations do and how they can get involved."

In another show of support, on Wednesday, June 24, PAPER x Club Quarantine returned for a digital "Fundrager" to celebrate Lady Gaga's Chormatica during Pride. The event featured a diverse lineup of DJs, drag queens, personalities, and fans dancing "together" while raising money for The Marsha P. Johnson Institute.

About The Marsha P. Johnson Institute:
The Marsha P. Johnson Institute (MPJI) protects and defends the human rights of black transgender people. We do this by organizing, advocating, creating an intentional community to heal, developing transformative leadership, and promoting our collective power. We were founded both as a response to the murders of black trans women and women of color and how that is connected to our exclusion from social justice issues, namely racial, gender, and reproductive justice, as well as gun violence. MPJI is fiscally sponsored by Social Good Fund. For more information, please visit our website at https://marshap.org/.