PROVO, Utah, June 1, 2020 /PRNewswire/ -- Aptive Environmental was named the winner of three Stevie awards in the 18th Annual American Business Awards; taking home gold in both the "Fastest Growing Company," and "Achievement in Management?Professional Services" categories, as well as a silver award in the "Company of the Year?Business & Professional Services (Large)" category. 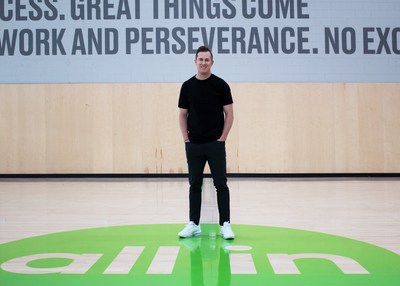 This is the second year that Aptive has won big at the Stevies, a feat in and of itself as more than 3,600 nominations from organizations of all sizes and in virtually every industry were submitted this year for consideration.

Judges noted Aptive's commitment to going "the extra mile in terms of servicing their customers." In response, CEO Vess Pearson said, "We've spent the last year really homing in on our goal to wow our customers with an excellent and efficient service, it continues to put us ahead of the mark. It will always be our first priority. It's a truly an honor to be recognized for our hard work."

Aptive Environmental is a professional pest control service company with 43 branches across the United States. With homegrown talent, down-to-earth leadership and a regular emphasis on core values that speak to an "all-in" attitude and team accountability, Aptive has quickly emerged as an unstoppable force in the industry. In the last 12 months the company has added, three new branches, 90 corporate positions, and many hundreds of individuals to both their sales and service organizations. It's little wonder, then, that in that same time period Aptive also completed a total of 2.4 million services.

But it's not just the numbers that are notable. Pearson, who clinched the gold for Aptive in the Achievment in Management category, takes his employees' development to heart, remaining available and personable, even routinely offering intimate in-person training seminars to new sales reps. As one judge commented "[Aptive's] impressive success metrics . . . show the impact Pearson has had on company growth, culture, leadership team retention, and the surrounding community."

"It's validating, especially winning for a second time?it means we've found a formula that's working" said Pearson, "but more than that, it's motivating. There's always room for progress."

The American Business Awards are the U.S.A.'s premier business awards program. All organizations operating in the U.S.A. are eligible to submit nominations ? public and private, for-profit and non-profit, large and small.

Nicknamed the Stevies for the Greek word meaning "crowned," the awards will be virtually presented to winners during a live event on Wednesday, August 5.

About Aptive Environmental
Aptive Environmental provides environmentally responsible residential and commercial pest services to more than 2,000 cities across North America. It was the youngest company featured on Glassdoor's 2019 100 Best Places to Work in America, and was ranked the 11th-largest pest control company in the nation by Pest Control Technology (PCT) magazine out of more than 20,000 competitors. In addition, Aptive is a proud member of the EPA's Pesticide Environmental Stewardship Program, is an accredited member of the Better Business Bureau (BBB), and has partnered with the United Nations Foundation "Nothing But Nets" to help stop the spread of Malaria transmitted by mosquito bites.