DETROIT, May 15, 2020 /PRNewswire/ -- Former Democratic Presidential candidate and Vermont Senator Bernie Sanders has officially announced his endorsement of Roslyn Ogburn as she seeks to become the next State Representative from Michigan's 9th District. "Roslyn Ogburn is a progressive activist and organizer who is running for the Michigan House of Representatives," said Sanders. "If elected, she will fight for working families, environmental justice, and the right for everyone to receive a quality education. She is up against a Democratic incumbent who has been widely denounced for pandering to the Trump administration."

Ogburn, a single mom of 5, 4th generation Detroiter, and a former housing organizer for Detroit Action, enters the race for the 9th District with overwhelming grassroots support from across the district and the country. Her platform includes advocating for working families and fighting tax foreclosures; prohibiting water shutoffs and ensuring access to clean, safe drinking water; and fighting for free COVID-19 personal protection equipment, treatment, and vaccines.

"Families across the 9th District have been in crisis long before the pandemic and now, more than ever, deserve a fighter and a real Democrat working for them in Lansing," said Ogburn.

Today's endorsement adds to a growing list of organizations and individuals who have come out in support of Ogburn's campaign including the 13th Congressional District Democratic Party Organization, Southpaw, the Progressive Caucus of the Michigan Democratic Party and others. 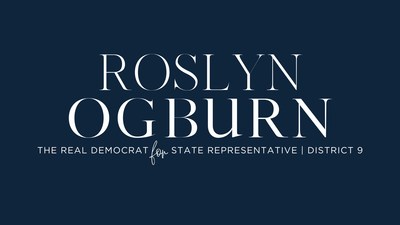