WASHINGTON, May 12, 2020 /PRNewswire/ -- A new analysis of state and local public pension plans indicates that these retirement plans will end fiscal year 2020 with negative annual investment returns, reduced asset values, lower funded ratios and higher actuarial costs. Additionally, the research indicates that plan finances will continue to decline in the wake of the economic downturn. 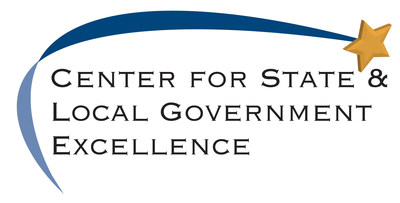 These findings are contained in a new research brief from the Center for State and Local Government Excellence (SLGE) and the Boston College Center for Retirement Research (CRR), 2020 Update: Market Decline Worsens the Outlook for Public Plans. The research is available here.

The analysis indicates that on the whole, plans can endure and will maintain sufficient assets to pay benefits. However, some plans with extremely low funded ratios will face an increased risk of exhausting assets and high costs that are associated with pay-go funding.

This brief is part of ongoing research that tracks the fiscal health of public pensions across the US. This research and the accompanying appendices rely on the Public Plans Database (PPD) to report on the funded status of public pensions.

The research finds that:

The Center for State and Local Government Excellence gratefully acknowledges the financial support from ICMA-RC to undertake this research project and its support of the Public Plans Database.

The Center for State and Local Government Excellence (SLGE) helps local and state governments become knowledgeable and competitive employers so they can attract and retain a talented and committed workforce. SLGE identifies leading practices and conducts research on public retirement plans, health and wellness benefits, workforce demographics and skill set needs, and labor force development. SLGE brings state and local leaders together with respected researchers. Access all SLGE publications and sign up for its newsletter at slge.org and follow @4GovtExcellence on Twitter.