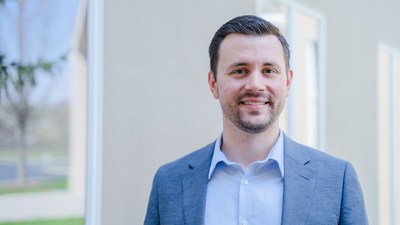 "Many people say 'our votes don't matter,'" said Mertzlufft. "We don't have to settle for that. Together, we can change the story. That's why I am running. I want to correct our state's course to restore New York."

As a part of the announcement, Mertzlufft's campaign released a video further discussing the upcoming campaign. View that video here.

A lifelong Western New Yorker, Josh Mertzlufft is an engineer-turned-attorney with a passion for bringing people together to solve problems. Josh earned his bachelor's in Applied Physics from Houghton College and his law degree from the University at Buffalo School of Law. Josh and his wife, Shea, live in Hamburg, New York with their son and their young puppy.

Josh believes in Western New York. He is a firm believer that our Western New York values, including integrity, grace, and unity?all parts of being a good neighbor, are just what New York needs in a time of divided politics. He rejects the notion that "Western New York votes don't matter," is a firm proponent of conservative values, and is excited to work to create a better future for our community.

"He has fire in the belly and is ready to go," said Erie County Republican Chairman Karl L. Simmeth Jr. in a recent interview. "He'll pick up where Chris Jacobs left off."

"We can upset the status quo and place a check on one-party rule in New York by sending a Republican State Senate to Albany on November 3," said Mertzlufft. "I will fight for our families, economy, and values. Together, we will create a prosperous future for our home, Western New York."

For more information on Josh Mertzlufft and his campaign for the NY-60 Senate Seat visit www.joshmertzlufft.com.

PAID FOR BY: FRIENDS OF JOSH MERTZLUFFT