"While Liberal Dan Schwartz airs false, slanderous, personal attack ads on television against me, we decided to show voters the actual differences between our positions on the issues that affect the lives of everyday Nevadans," stated Rodimer. "Liberal Dan Schwartz is running from his record, and as voters get to know his record, it's obvious why his tactic is to not discuss his record and instead to lie to voters about my record."

"If Dan Schwartz truly wanted to run on his record, he would have an ad up touting his obsession with new and higher taxes, particularly those he pushed for as our state treasurer," Rodimer continued.  "He would have an ad promoting his gun control agenda, and he would have an ad declaring his support for amnesty for illegal immigrants.  That's why Republicans throughout southern Nevada refer to Schwartz as Pelosi on taxes, Bloomberg on guns, and AOC on amnesty.  He's truly the most liberal Republican to ever run for Congress in Nevada history."

"Big Dan" Rodimer is endorsed by House Republican Leader Kevin McCarthy, former Nevada Attorney General Adam Laxalt, Nevada Right to Life, National Right to Life, and many other leading conservative individuals and organizations.  Rodimer has also achieved the highest-ranking "Contender" status in the National Republican Congressional Committee's (NRCC) Young Guns program of any other candidate in Nevada and received an "A" rating from the Nevada Firearm Coalition.

The 3rd Congressional District of Nevada is a seat that President Donald J. Trump won in his 2016 elections and is currently held by Speaker Nancy Pelosi protégé, freshman Democrat Susie Lee.  Rodimer is working to win back this pivotal congressional seat into Republican hands. 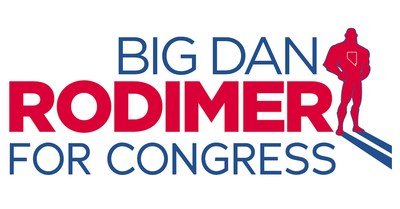 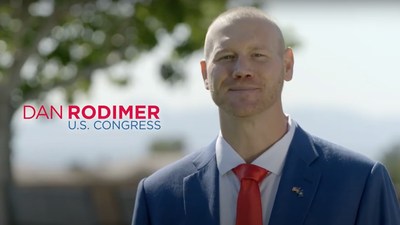