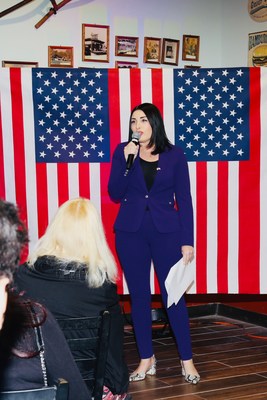 On March 9th, Loomer's campaign was the first federal campaign in the nation to temporarily halt events and public activities like door knocking due to the Coronavirus pandemic.  Loomer instructed volunteers and staff to assist with community needs such as blood drives and mask making for first responders.

Fundraising was deprioritized by the campaign as well in order to shift focus to community assistance.  Despite the shift, Loomer's campaign reported the largest fundraising total since starting the race for Florida's 21st Congressional seat.

During this cycle to date, 10,790 donations have been received by the campaign from all 50 states with Florida residents being the top contributors.  The average contribution was $52 proving widespread support among the voting public.

Loomer stated, "We're doing all that we can to assist residents in the 21st  District.  Palm Beach County is now Florida's top COVID-19 'hot spot' and we must be vigilant and responsible for ourselves and each other if we are to expedite our recovery and return to normalcy.  While Congresswoman Frankel works to obstruct their efforts, I am confident that under President Trump and Governor DeSantis's leadership this will happen sooner rather than later.  To assist in these efforts, I will continue to divert campaign resources, staff, volunteers and activities to help all who are in need."

Karen Giorno, President Trump's 2016 Florida State Director and chief strategist for the Loomer campaign commented, "I don't know how Lois Frankel is spending her time at home, but in my career, I've never seen a challenger outraise a four-term incumbent by such a massive margin.  Frankel is sitting back, relying on checks from special interests and doing absolutely nothing to prove community support in our district.  It's insulting.  Is Frankel even running?"

Loomer's campaign has outraised Democrat incumbent Lois Frankel, as well as all primary challengers combined for the third quarter in a row, making her the undeniable Republican frontrunner despite being shut down by Big Tech on Facebook, Twitter, Instagram and Paypal.

Giorno continued, "Many of our staff and contractors have agreed to reduced compensation without even being asked out of respect for Laura's leadership as well as respect for our donors who are going through tough times.  Their selflessness inspired me to max out to the campaign with a $5,600 donation.  I am honored to be a part of this historic and important campaign."

Loomer's campaign has contacted supporters through phone, text, email, Telegram, Parler and Gab over 9 million times during the election season with campaign updates, calls-to-action and requests for donations.

Loomer closed by saying, "During these challenging times, we are reminded now more than ever that elections matter, and strong leadership is essential.  My campaign is committed to winning this Congressional seat, and when I'm elected, I will always people before politics, partisanship and party." 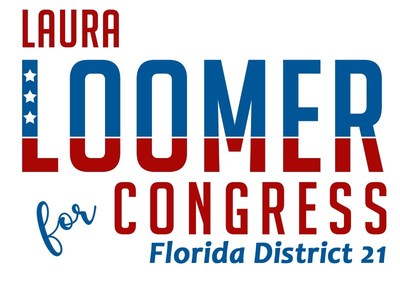