SACRAMENTO, Calif., March 6, 2020 /PRNewswire/ -- The mission of the California Lawyers Association (CLA) includes promotion of fairness in the administration of justice and defense of the rule of law. 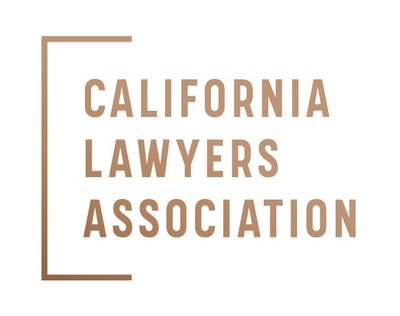 Current events are an important reminder of core tenets of our Constitutional Democracy and the role of lawyers and judges in it. As an organization comprised of officers of the court and as a representative of the legal profession, we are called to defend the rule of law, to discourage attacks on the independence of the judiciary, and to support the separation of powers.

The independence and fairness of the justice system are critical to the functioning of society. It requires a system in which the law is clearly communicated, fairly enforced, and where everybody is accountable to the same laws. The rule of law restricts the arbitrary exercise of power by subordinating it to well-defined and established laws.

While protected by the First Amendment, personal attacks on judges by elected officials, warning that potential decisions in cases pending before the court will result in adverse consequences to those judges, are inappropriate. Attacks on those who are required to make decisions based on the facts presented, the law, and precedent ? whether they be judges, lawyers, jurors, or others involved with the administration of justice ? are unwarranted, undercut the ideals of fair enforcement, impartiality, and the equal application of laws to everyone, and denigrate a critical component of our government. The three co-equal branches of our Constitutional Democracy ? Executive, Judicial and Legislative ? each play a vital role. And each must respect the authority of the others.

ABOUT CALIFORNIA LAWYERS ASSOCIATION
Established in 2018, California Lawyers Association is the bar association for all California attorneys. CLA's mission is to promote excellence, diversity and inclusion in the legal profession and fairness in the administration of justice and the rule of law.