Offensive To Native Americans, Racist Mascots Have No Place In Sports

WASHINGTON, Feb. 12, 2020 /PRNewswire/ -- This week in Washington, DC, the National Congress of American Indians (NCAI) President Fawn Sharp delivered a State of Indian Nations speech to Members of Congress, Tribal Leaders and citizens, and the American public. In brief, President Sharp's speech outlined the goals of tribal leaders; the successes and challenges experienced over the last year; and NCAI's vision for the advancement of Native peoples moving forward, covering a range of issues from lack of federal funding for tribal programs to concerns about voter suppression and climate change. Additionally, her speech touched upon the ways in which racist mascots degrade and offend Native American Nations and citizens. 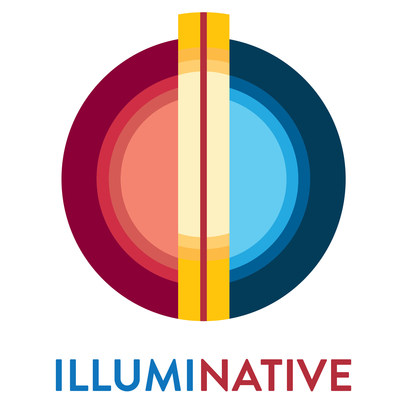 Today, we stand united to end the use of offensive and racist Native mascots, behaviors and caricatures in sports.

Leaders, activists and organizations from Indian Country have gathered together to once again declare that the name of the Washington football team must change. They reaffirm their commitment to this goal based on a new, in-depth and profound scientific study conducted by the University of California, Berkeley and the University of Michigan.

For too long, Native leaders have been silenced by the use of opinion polls conducted by organizations and individuals who do not understand Native communities. Moreover, these polls have refused to release methodological details and data files, which leaves open the question, who are the Native people in these studies? Despite these questionable practices, the public opinion polls have been used to legitimize the Washington football team name and cast doubt on the Native American community's efforts to change it.

This new study debunks previous "polls" and gives us the scientific, evidence-based data to apply increased pressure: we will not be silenced by unsympathetic media or anyone else. Race-based sports mascots, derision of our cultural symbols and vulgar behavior by sports fans must stop.

"The continued use of degrading mascots and the perpetuation of a single opinion poll intended to speak on behalf of Native Americans demonstrates a deep lack of respect for Native peoples and nations. Our tribe has a long history in the fight for equity for Native people, both nationally and at home in Minnesota. Last October, we came together with other tribes and partner organizations to protest the Washington NFL football team name and mascot. We support IllumiNative and the groundbreaking scientific research that shines an important light on how many Native Americans feel. It is our hope that this will move us forward in correcting the narrative."

"This new research is critical to understanding what actual Native peoples think about sports mascoting and how we are harmed when our identities and cultures are exploited by the NFL and other profiteers. Momentum is turning in our direction, as evidenced by this study, by Maine and other states that have ended their sports slurs, by art and literature on the subject, including our new play, Reclaiming One Star, at the Denver Center for the Performing Arts. We and myriad allies have eliminated 2,000+ school mascots and one pro baseball symbol since 1970, when the University of Oklahoma was first to retire its objectionable mascot, Little Red.  Over two-thirds of "Native" mascots have been consigned to history books because educators, journalists, politicians and social justice leaders listened and learned about how mascots hurt our children. The time has come for the NFL to stop mocking, start listening and end this public bigotry."

?Suzan Shown Harjo (Cheyenne & Hodulgee Muscogee) has been in the no-mascots movement since 1962.  A writer, curator and policy advocate, she is a 2014 recipient of the Presidential Medal of Freedom, the United States' highest civilian honor.

"Almost every single poll that has been gathered by non-Natives has been deemed unreliable and recklessly gathered. From the 2004 Annenberg Poll to the 2016 Washington Post Poll, the results have been extremely detrimental in how the mascot issue has been handled by the larger society and how Native people have been treated thereafter. The new scientific study clearly shows that although our opinions may differ, Native people continue to be adversely affected by Native mascots. This finding supports the larger movement to dispel Native mascots, supported by solid academic research. Native people must protect the health and well-being of those who are impacted by Native mascots. This is a health issue, not a sports issue."

"The data simply does not add up. The psychological evidence reveals that mascots are harmful to Native people and children, that they lead non-Natives to stereotype and discriminate against Natives, and, as our recent research reveals, offend Native people who engage in Native cultural practices and are highly identified with being Native. Yet, widely cited opinion polls would have Americans believe that Native people cannot see the negative psychological effects or recognize the discriminatory nature of these mascots. And, worse yet, that Natives People are not offended by being called a racial slur. This does not make sense. If you look beyond simple opinion polls, the evidence is clear: There is no acceptable reason or excuse for continuing to use Native people as mascots."

"Given the psychological literature and the strong stand that tribal leaders take, it is time to stop using Native Americans as mascots. Our study demonstrates that people who identify most with being Native American, such as tribal leaders and their constituents, are the ones most likely to be offended by the clearly denigrating and stereotypical team mascots and by the behaviors that accompany the use of Native mascots. These are also the people most likely to experience negative impacts of the us of Native mascots. Regardless of what sports fans claim, the outcomes are clear, Native mascots harm and offend Native people, especially highly identified Native people."

"IllumiNative was founded on research that revealed how invisibility, false narratives and toxic stereotypes fuel bias, discrimination and racism against Native Americans. The systemic erasure of Native Peoples from modern society has led to the fact that 78% of Americans know little to nothing about Native Americans, 72% rarely encounter information about Native Peoples and 66% of Americans don't think Native Peoples face discrimination. The limited exposure Americans have to Native peoples is rife with harmful stereotypes and representations that includes those perpetuated by Native American sports mascots, team names and racist fan traditions that are still celebrated within the NFL, MLB as well as college and K-12 sports."

Background on the Scientific Study
On Tuesday, Feb. 4th, a new groundbreaking, peer-reviewed scientific study was released; it surveyed more than 1,000 Native Americans about their feelings towards mascots, fan behavior and the Washington Football team. The first of its kind, this study adds a significant measurable factor as it looks deeply at the complexity of identity and shows the impact of mascots to those deeply tied to their identity and community. Called Unpacking the Mascot Debate: Native American Identification Predicts Opposition to Native Mascots, the study was conducted by Dr. Stephanie Fryberg (Tulalip Tribes), from the University of Michigan, and Dr. Arianne Eason of the University of California, Berkeley, along with their research team. The study builds on a body of research created by Unpacking the Mascot Debate lead researcher Dr. Stephanie Fryberg whose work in-part helped to inform the 2005 American Psychological Association Resolution recommending the retirement of American Indian Mascots.

About IllumiNative.org
IllumiNative, is a Native-led nonprofit, launched to increase the visibility of Native peoples in American society by changing the national narrative. IllumiNative challenges negative narratives, stories, and stereotypes about Native peoples. We provide tools for Native advocates and allies including youth, community and tribal leaders, activists, and professionals across critical sectors ? to develop and advocate for accurate and contemporary representations and voices of Native peoples.