LOS ANGELES, Jan. 29, 2020 /PRNewswire/ -- A new study published by the Academy of Management Journal shows that in certain Chinese state-owned firms, public policy intended to encourage innovation sharply increased the quantity of patents but decreased the novelty of patents. The study titled "Public Governance, Corporate Governance, and Firm Innovation: An Examination of State-Owned Enterprises"  was authored by Professors Nan Jia of the University of Southern California , Kenneth G. Huang of the National University of Singapore, and Cyndi M. Zhang of the Singapore Management University. 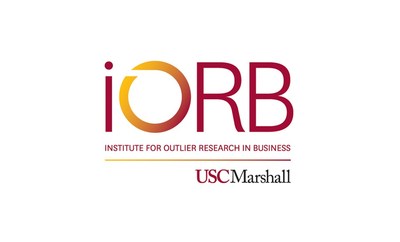 Innovation is the engine of economic growth and wealth creation in modern economies. So, many government seek to spur innovation as a top policy goal. The central government in China, the world's second largest economy, launched a full-fledged nationwide campaign in 2006 to promote innovation.

China has astounded the world with a recent rapid surge in patenting. According to the World Intellectual Property Organization (WIPO), by 2012, China overtook the U.S. in terms of the total number of patents filed domestically. At the heart of the innovation engine in China is the state and its policies. While some considered state-led effort to be effective in promoting innovation, the authors were skeptical about the novelty of the innovation.

This new research tackles that debate, by focusing on how the corporate governance of the firms affected their production of patents in response to the state's pro-innovation incentives. The authors used the data on all domestic patents and governance information of publicly listed state-owned firms in the period 2000 to 2012. The national innovation campaign, which is the change in policy regarding incentives for patents, occurred in 2006, in the middle of this time period. A special strength of the study is that it compared firms affected versus those unaffected, before versus after the policy change. This double differencing is a powerful way to tease out the causal effect of the policy change.

The authors found that, although the total number of patents produced by the firms increased sharply after the policy change, significant variation emerged between firms. The firms that suffered most from personal interests produced the largest numbers of patents but with the least novelty, after relative to before the policy change.

This perverse result was caused by the reliance of governments' pro-innovation policies on quantifiable outcomes, particularly the count of patents, to reward firm managers.

"For managers, developing novel patents that contribute to firm value is laborious and time consuming," said co-author Cyndi Zhang. "So, managers who cared more about their private interest than firm value "gamed" the system by disproportionately developing incremental technologies in order to rapidly increase the total patent counts at the expense of novel technologies."

"The lesson for governments is clear: incentivizing innovation through patent numbers is tricky because managers' self-interests prompts them to trade quantity for quality," said Jia.

To cite this paper:

iORB's goal is to support outlier research, which influences public debate, government policy, management strategy, and consumer welfare. This press release was prepared by the authors with the assistance of Gerard J. Tellis, Director of iORB.