TORONTO, Jan. 23, 2020 /CNW/ - Quebec's Minister of Public Security, the Government of Manitoba and Alberta's Associate Minister of Red Tape Reduction have been awarded the 2020 Golden Scissors by the Canadian Federation of Independent Business (CFIB) as part of the 11th annual Red Tape Awareness Weektm. 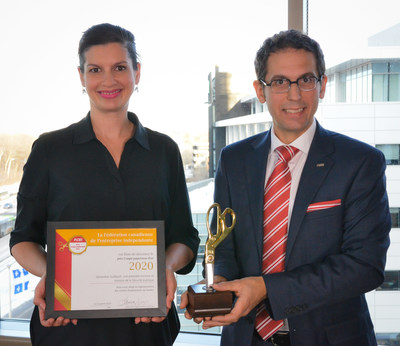 "This year's Golden Scissors winners show how much governments can accomplish when they listen. Manitoba has modernized the way it does business in a big way, while Alberta is acting swiftly on direct red tape feedback from local small business owners and Albertans. As for Quebec, they were on our list for worst regulation in the country just last year, and they took the criticism to heart and fixed the issue," said Laura Jones, Executive Vice-President at CFIB. "This is the kind of transparency and accountability from our governments that Canadians deserve."

The 2020 Golden Scissors winners are being recognized for the following accomplishments:

"Cutting red tape isn't sexy and it often goes unnoticed," added Jones. "We want to change that and recognize the good work that is being done across the country."

The full list of the 2020 Golden Scissors honourees and more details on their achievements is available at cfib.ca/GoldenScissors.

About CFIB
The Canadian Federation of Independent Business (CFIB) is Canada's largest association of small and medium-sized businesses with 110,000 members across every industry and region. CFIB is dedicated to increasing business owners' chances of success by driving policy change at all levels of government, providing expert advice and tools, and negotiating exclusive savings. Learn more at cfib.ca. 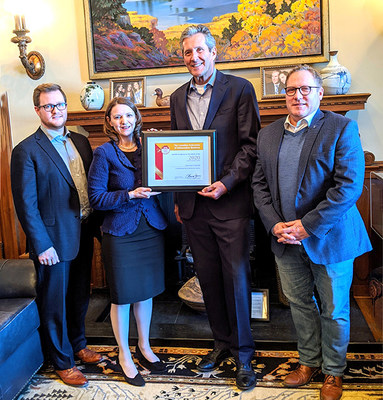 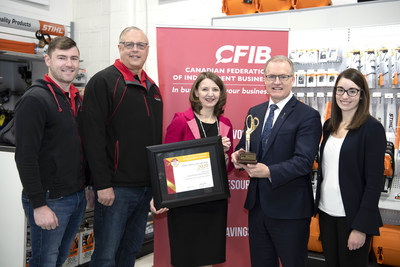