PHILADELPHIA, Jan. 22, 2020 /PRNewswire/ -- With more than 3.5 million Americans living with autism spectrum disorder, Saint Joseph's University and Thomas Jefferson University announced a unique program designed to fill the nation's critical gap in physicians prepared to care for patients with autism. Through this joint program, which begins this year, students at Saint Joseph's University majoring or minoring in autism behavioral studies can participate in Jefferson's Sidney Kimmel Medical College Scholars program in their junior year and potentially enter medical school MCAT-free following graduation. The collaboration builds on the work and impact of Saint Joseph's distinguished Kinney Center for Autism Education and Support, which leads the country in education of autism professionals, as well as the clinical expertise offered by Jefferson, a top ranked medical school. 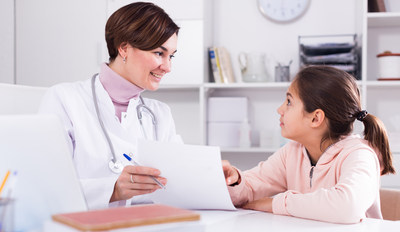 "This is exactly the type of program Saint Joseph's envisioned when announcing the School of Health Studies and Education a year and a half ago," said Angela McDonald, Ph.D., LPCS, NCC, dean of the School of Health Studies and Education at Saint Joseph's University. "This program leverages our unique strength in preparing autism professionals of tomorrow, forged by our Kinney Center, while providing our students with early assurance to one of the nation's premiere medical schools."

Through this program, Saint Joseph's students majoring or minoring in autism behavioral studies will apply to the Sidney Kimmel Medical College Scholars program in the fall semester of their junior year. Students must achieve an ACT score of 30 or a minimum composite SAT score (critical reading and mathematics) of 1350 with no score in either section lower than 650. Students must also maintain 3.5 overall and science grade point averages and complete all Scholar program requirements including 500 hours working directly with individuals with autism. Once program requirements are completed, the participating scholars are admitted to Sidney Kimmel Medical College without submitting MCAT scores. If they are not accepted into or do not complete the Scholar program, they still have the opportunity to study for the MCATs and apply through the traditional pathway.

Program participants will attend a six-week, funded summer experience at Jefferson after their junior year, where they will engage in case-based learning and scholarly research. Students will also have the opportunity to pursue research at Saint Joseph's University under the direction of autism researcher Joseph McCleery, Ph.D., executive director of academic programs at the Kinney Center, as well as at Thomas Jefferson University's autism programs.

Sidney Kimmel Medical College offers similar scholarly inquiry programs with Haverford, Swarthmore, Princeton, Yale, Washington and Jefferson, and University of Rochester. Each provides early assurance to students who then spend less time studying for the MCAT and more time diving deep into areas of critical need including population health, design thinking, humanities, computational science, and, now, autism studies. Each is designed to prepare leaders to fundamentally change the healthcare system for the better.