Le Lézard
Classified in: Science and technology
Subjects: PER, PSF

/NOT FOR DISTRIBUTION TO U.S. NEWS WIRE SERVICES OR DISSEMINATION IN THE UNITED STATES/

VANCOUVER, Jan. 20, 2020 /CNW/ - First Responder Technologies Inc. ("First Responder" or the "Company") (CSE: WPN) a developer of WiFi-based technologies to detect and deter mass shooting and terror attacks involving concealed weapons, is pleased to announce the appointment of Ambassador (Ret.) Howard Gutman, former United States Ambassador to Belgium and former Special Assistant to the Director of the Federal Bureau of Investigation ("FBI"), and Brigadier General (Ret.) John Jayet, former commander of a number of French Army units, including a military intelligence regiment, to its Advisory Council. 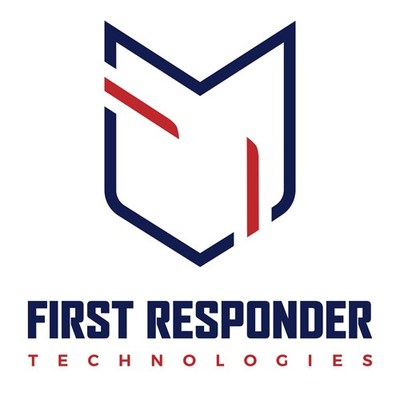 "First Responder's strategic thought leadership in this space, and operational network in the United States, Europe and the Middle East, is greatly enriched by having Ambassador Gutman and General Jayet join the Advisory Council," said Hon. Stockwell Day, PC, Head of the Advisory Council.

Ambassador Gutman acted, during his distinguished career over the past three decades, as a leading American and international lawyer, and served in a number of high-profile appointments for the government of the United States, including Ambassador to Belgium, and Special Assistant to the Director of the FBI for Counter-Intelligence and Counter-Terrorism.  During his legal career he served as a federal appellate court law clerk prior to entering private practise in Washington, DC., where in addition to legal practise, he served as advisor to candidates for President, Governor and the U.S. Senate.

General Jayet commanded, during his distinguished French military career, a number of units of the French Army, including a military intelligence regiment, and was a member of the special forces. His military career included service as a member of the cabinet of French Minister of Defense, and as a defense attaché in the Middle East. General Jayet participated in a number of operational deployments during his career, in some of the world's worst conflict areas, including deployments to Africa, Lebanon and the Balkans.   Among other appointments, General Jayet served as head of the French military attaché organisation, and his career included a particular focus on security and safety procedures respecting the protection of French Embassy personnel and installations.

Ambassador Gutman and General Jayet will continue First Responder's efforts, begun at Milipol  (Paris, France) in November of 2019, and International Security Expo (London, UK) in December of 2019, to educate and inform the global security community, with a particular focus on Europe and the Middle East, about First Responder's leading WiFi-based weapons detection technology and product strategy.

On behalf of the Board of Directors,

First Responder Technologies Inc. (the "Company") is a technology development company that commercializes academic and internally developed intellectual property for use in the public safety market. The Company is developing a WiFi-based technology, based in part, on academic research licensed from Rutgers, the State University of New Jersey ("Rutgers") that can be used to detect concealed weapons.  The Company's threat detection technology line of business was created to capture a significant portion of the global weapons detection systems market, and in particular, the global perimeter security detection market. In the Company's view, WiFi?based threat detection technology may be utilized by a wide range of facilities, including schools, places of worship, shopping centres and theatres, to not only make their premises secure, but also reduce their cost of security, from the interior of a facility to the perimeter.