League of Legends team a strong addition for Reciprocity as it continues to grow its presence globally, increasing fanbase and reach as part of its goal to deliver a truly multinational esports and entertainment platform

League of Legends is one of the most played online games worldwide, with 8 million peak concurrent daily users and over 100 million monthly active users. Currently, it is available in 145 countries and is free to play.

"Entering Latin America was the next natural market for our global reach, and we're excited to be partnering with R7, one of the most accomplished team organizations in this region," said Chad Larsson, Founder and President of Reciprocity. "League of Legends is the definitive premier esports globally and I look forward to building on what is already one of the best League of Legends teams in Latin America."

The partnership demonstrates incredible momentum for Team Rec, which was founded less than 24 months ago. Since exploding onto the scene in 2018, Reciprocity represents five teams across five different leagues. In September 2019, Team Rec announced its expansion into China with LGD, securing the first CrossFire franchise deal between two international partners in the largest and fastest-growing market in esports. Reciprocity is one of the few teams globally that owns a coveted esports franchise.

Team Rec has consistently placed well globally in every league it competes in, including fifteen top-three finishes and nine championships. Team Rec now enters the most prestigious and most-watched game in all esports.

"The Americas are a key region for esports, partnering with Rainbow 7 in Mexico provides the reach and revenue growth as we scale-up our global platform," said David Fawcett, Chief Executive Officer of Team Rec. "We are very excited to enter the Latin America Region with such a prestigious and storied organization."

"Bringing together Rainbow 7 and Team Rec is an incredible alliance in the League of Legends Ligo LatinoAmerica league," said Gibran "Biblos" Gosain, Founder and CEO of Rainbow 7. "We are excited to work with Chad, David, and the entire Team Rec organization. Our strategic visions are aligned in building strong teams, fanbase, and world-leading esports organizations." 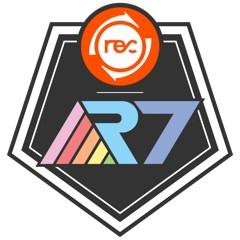 About Reciprocity Corp
Founded in 2018 by Chad Larsson, Reciprocity has become one of the world's leading esports organizations committed to creating cutting-edge content, investing in player development and building a generation of viewers and enthusiasts globally. Reciprocity's episodic content has garnered recognition across the esports community for its unique approach, solidifying the company as a premium content producer in the industry. As a result, Team Rec brings together industry-leading and experienced team ownership and drives audience engagement among the fastest-growing, most loyal and passionate fanbase in all of esports.
Reciprocity is headquartered in Toronto, Canada. For more information, please visit http://reciprocity.gg/. 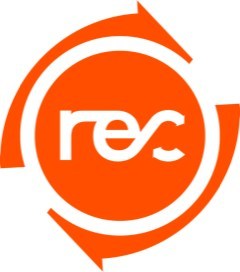