DALLAS, Jan. 16, 2020 /PRNewswire/ -- Today, Avocados From Mexico is excited to announce a new a digital experience called #AvoNetwork to bring AFM's Big Game campaign to life in the digital world. Leading up to the Big Game, the brand will host an interactive digital and social campaign that ultimately gifts prizes to consumers through a user experience rooted in AFM's Super Bowl brand campaign. The digital activation will run from today, January 16 ? Sunday, February 2. Avocados From Mexico is known for bringing innovative digital ideas to the forefront when it comes to supporting its Big Game campaign, and this year is no different, becoming the first brand to place its digital campaign assets in the blockchain.

To bring this year's bold idea to life, AFM has partnered with Reeve Collins, co-founder of Vatom Labs, a cutting edge platform for the creation and distribution of  Blockchain-based smart media objects, called Vatoms, that shatter the former roadblocks of traditional digital advertising. Users will be able to collect digital objects, or Vatoms, that have real world value.

"I'm thrilled to partner with the Avocados From Mexico digital team and partner agencies for this campaign," said Collins. "They are always early adopters of interesting technology to showcase what's coming next and what's going to be impactful."

To participate, users can log onto https://avocadosfrommexico.com/big-game/ and choose from the following experiences.

"When we conceptualize our digital campaigns, we don't look to the present. We look to the future to incorporate those breakthrough technologies that are likely to reshape marketing as we know it," says Ivonne Kinser, Head of Digital Marketing at Avocados From Mexico. "We are constantly researching for new and innovative marketing strategies to help push our industry forward."

For the past five years, MERKLE Bowl Reports Avocados From Mexico has been ranked in the top three among the best digital Big Game activations. This year's 360-digital campaign leverages all digital channels including Search, Social, Web CRM and Display. The brand's five digital agencies were involved in the development and execution of this campaign including Richards Lerma, 270B, and Ro2 Media as the leads of social media. D Custom assisted with content, MERKLE for SEO and M8 out of Miami who oversaw the paid search strategy and the Consumer Relationship Management and data activations.

About Avocados From Mexico
Avocados From Mexico (AFM) is a wholly-owned subsidiary of the Mexican Hass Avocado Importers Association (MHAIA), formed for the purpose of advertising, promotion, public relations and research for all stakeholders of Avocados From Mexico. Under agreements, MHAIA and the Mexican Avocado Producers & Packers (APEAM) have combined resources to fund and manage AFM, with the intent to provide a focused, highly- effective and efficient marketing program in the United States. AFM is headquartered in Irving, Texas. For educational resources, recipes and more, visit www.avocadosfrommexico.com. 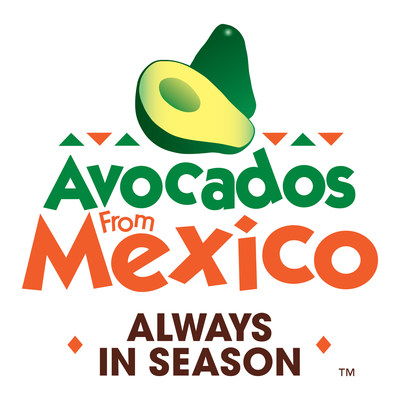