TOKYO, Jan. 16, 2020 /CNW/ -- Alibaba Group (NYSE: BABA and HKEX: 9988), as a Worldwide Partner for the Olympic Games, unveiled its "Alibaba Cloud Gallery" at Narita Airport, a creative campaign with budding Japanese artists to create a memorable first impression for travelers when they first step into one of the world's busiest airports. This is a collaboration with Narita Airport to provide a great platform for local talent to showcase their creativity, passion for the local culture and desire to express themselves with digital art. The art creation will be shown on digital screens along nine walkways in Terminals One and Two of Arrival at the Narita Airport. 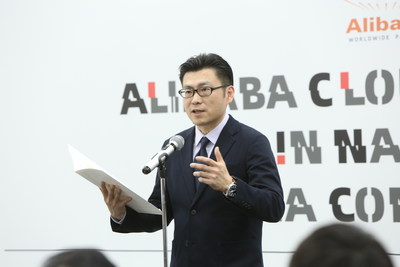 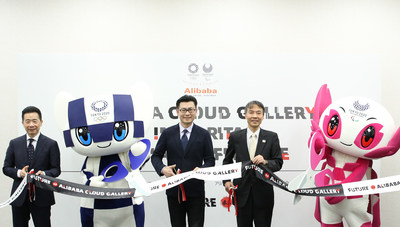 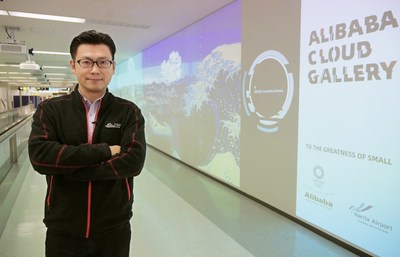 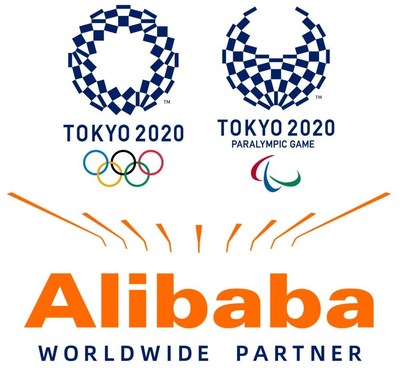 The announcement took place at a Tokyo media conference today, which was attended by Masaaki Komiya, Vice Director General of the Tokyo Organising Committee of the Olympic and Paralympic Games; Chris Tung, Alibaba Group Chief Marketing Officer; as well as Noriko Kinouchi and Shoichi Okumura, two Japanese artists who are in collaboration with Alibaba on the art creation.

Through these creative pieces with the rising Japanese artists, the campaign aims to combine sports, art, culture with cloud technology to enhance the experience of the Olympic Games, the world's biggest global sports event. The campaign will be launched in March 2020 and will carry out until the end of March 2021 to welcome travelers passing through Narita Airport. The entire collection of digital art will feature different styles of Japanese culture and history, aspiring athletes, as well as Alibaba's cloud technology support to make this year's Olympic Games more engaging and exciting than ever.

"Alibaba Group has always been committed to bringing a broader stage and brighter future to the young generation, who are full of entrepreneurship and infinite creativity by leveraging technology. The Alibaba Cloud Gallery is a perfect combination of this vision and the Olympic spirit," said Chris Tung, Alibaba Group Chief Marketing Officer. "The Alibaba Cloud Gallery at Narita Airport, which consists of digital art presented by local Japanese artists, is the first of our efforts to elevate the experience of spectators traveling from across the globe to watch the Games. As this also marks our third anniversary as a Worldwide Partner, we are thrilled to be working with professional organizations such as Tokyo 2020 Organising Committee to transform Tokyo 2020 into a digitally-advanced event, while keeping the essence of the Olympic spirit."

"We want to thank you for the support from Alibaba Group to Tokyo 2020. As a member of The Olympic Partner (TOP) worldwide sponsorship programme, Alibaba Group is committed to bringing digital innovation to Tokyo 2020. With the latest technologies from Alibaba Cloud, the Alibaba Could Gallery will be a showcase of young Japanese talent creation. Tourists from all over the world can feel the charm of Japanese culture, the inspiration of artists, and the atmosphere of Tokyo 2020 from the moment they step into the Narita Airport. We are looking forward to embracing more Alibaba Group's innovative initiatives blended with Japanese elements and hope to present to the world the most exciting Olympics experience," said Masaaki Komiya, Vice Director General of the Tokyo Organising Committee of the Olympic and Paralympic Games.

"We are excited to support the digital artwork display at Narita Airport with Alibaba Cloud's technology. Through our high-performance, secure and robust data intelligence platform, artists can handle a large amount of images and visual elements at ease; while they can also share progress updates and enjoy efficient communications with each other during such a large-scale campaign," said Unique Song, Country Manager of Alibaba Cloud Japan. "We aim to empower budding artists with our cloud resources. In the near future, we hope to introduce more leading AI tools and multi-media solutions that have been proven successful in Alibaba's ecosystem ? such as 3D modeling, smart video editing and posture recognition to assist the youth in Japan with their inspiration and creation."

Noriko Kinouchi, one of the local artists participating at the campaign, commented, "I am excited to be part of the Alibaba Cloud Gallery, which provides me with an opportunity to present the beauty of Japanese traditional culture, art, history as well as the promising future of the new-generation athletes. By leveraging the latest cloud technology, I think the digital artwork at Narita Airport would be intriguing and engaging for global travelers coming into Tokyo."

Shoichi Okumura, another participating Japanese artist, said, "Cloud is the key to breaking the mystery of time and space in traditional Japanese painting. With the help of advanced tools and cutting-edge technologies from Alibaba Cloud, I can communicate with people from all over the world through my work displaying in the Alibaba Cloud Gallery at the Narita Airport. Tourists coming from different cultures will be able to encounter Japanese traditions through digital art supported by Alibaba Cloud. I feel privileged to be a part of the team and am looking forward to creating more art pieces with this project."

Marking the third anniversary of Alibaba's strategic partnership with the International Olympic Committee (IOC), the Group also unveiled a brand-new logo signifying this year's theme of supporting the young generations as the future with Alibaba's technology. The new logo underlined the company's commitment to supporting the Olympic Games with its cloud technology and expertise in digital commerce, as an effort to make the Games more appealing and relevant to the new generations.

Alibaba announced a 12-year partnership in 2017 as an Olympic Worldwide Partner, and 2020 will be its third anniversary as a worldwide partner for the biggest global sports event. Earlier the company announced its cloud technology support for "Make The Beat!", a project by the Tokyo 2020 Organising Committee to fuse sound, technology and social media to allow global fans to cheer for their favorite teams and athletes.

Alibaba Group's mission is to make it easy to do business anywhere. The company aims to build the future infrastructure of commerce. It envisions that its customers will meet, work and live at Alibaba, and that it will be a company that lasts for 102 years.